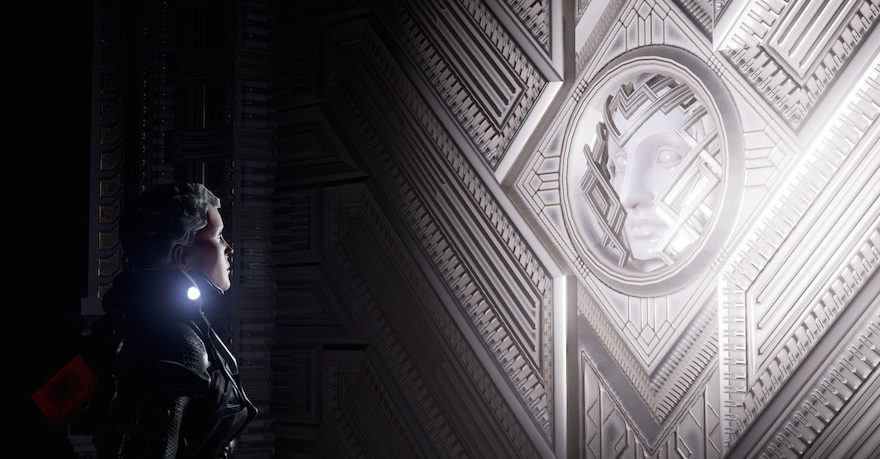 Humanity has been looking up at the stars since we can remember, fascinated with the mystery and wonder promised by the vast expanse of space. For a very long time it was untouchable, destined to be spun into myth by societies with the desire but without the resources to understand why the sun and moon switched places every day. Now, of course, we can quantify phenomenons that would have been unbelievable a century ago, and the stars are a little less mysterious for it. Edgar Allen Poe sent a man in a balloon to the moon in 1835 and scientists all over the world began trying to do the same; now that we’ve left footprints there, we want to go even further.

for a very long time space was untouchable

Ultra Ultra, a new independent game studio from Copenhagen, is bringing us to a similar environment in their new game ECHO. It stars En, a girl of mysterious origin wandering through an empty spaceship. Fittingly, the first trailer reveals very little, showing En waking up alone in a darkened bedchamber, padding out barefoot through yawning hallways to be eclipsed by a brightening star. A few flashes of En buckled into a spacesuit, a shot of gilded furniture and an intricate wall more suited to a castle than a spaceship—the trailer ends with no indication of what she is to face or why. Perhaps that’s for the best: her narration hints at a mythic past to the place she’s exploring, and describes it as a “palace” promised to “only the worthy” of the civilization she’s left behind.


ECHO is described as “character-driven,” beginning as a journey through En’s discoveries in the palace with later challenges described as a combination of stealth and action. The palace’s dark hallways certainly seem ripe for a little sneaking around, reminiscent of SOMA’s (2015) underwater facility or System Shock’s (1994) alien-filled corridors. En’s personal quest, in contrast, seems more along the lines of Fullbright’s upcoming Tacoma.

The game has been live on Steam Greenlight since May 26th, making it into the top 100 within the first 24 hours, and is aiming for a release during fall of this year. The team at Ultra Ultra is obviously thrilled with the reception—after they conquer space with ECHO, their next goal is world peace.