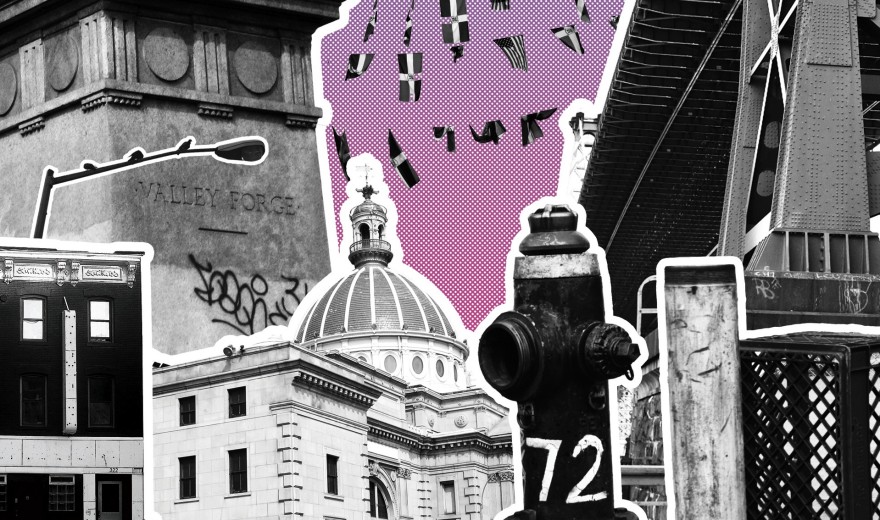 Thirty years ago, the New York Film Festival premiered a gem of documentary filmmaking called Los Sures. It depicted Southside Williamsburg, something not oft seen by the majority of New Yorkers at the time and one unrecognizable to the Williamsburg of today. Los Sures, directed by Chilean-born, Puerto Rican-raised Diego Echeverria, captured an intimate sense of a vibrant community living in what was one of the poorest ghettos of America—a community who’s mostly Puerto Rican population spurred its Spanish namesake.

The 1984 documentary revealed a neighborhood that, despite unceasing hardship, managed to do much more than just survive. Grainy shots of the Brooklyn neighborhood visibly thriving through a sense of unbreakable spirit and solidarity make the grey horizon of Manhattan’s backdrop look like a sterilized wasteland. Los Sures was a documentary that did not shy away from depicting the realities of a New York ghetto. But, overwhelmingly, one left the film with an understanding of a culture that refuses to be swept under the rug, or to succumb to the assumptions of what it means to live in a ghetto.

“If you can survive it, Los Sures is love.”

When members from experimental documentary center UnionDocs (itself currently located in the area) got hold of a VHS version of the deteriorating 16mm film, “we became a little obsessed,” admits founder Christopher Allen. And while others may use that term hyperbolically, its almost too mild for the years-long collaborative project UnionDocs set out to do shortly thereafter, hoping to shed new light on Los Sures as both a documentary and a community.

For evidence of that obsession, visit their recently launched Shot by Shot interactive website. It’s a culmination of nine months of tireless work from over forty collaborators, and a meticulous investigation into 326 individual shots from the film, including 444 stories from members of the Los Sures community.

So yeah. Obsessed might be putting it lightly. Especially when you consider the fact that the Shot by Shot is only one part of UnionDocs’ massive Living Los Sures project, which will continue to expand throughout the year with the release of several short films, interactive docs, live screenings, and even a hub for more community members to share any stories they might’ve missed.

This past week, to honor the documentary’s 30th anniversary (which coincided with the launch of Shot by Shot), the New York Film Festival held a special presentation and screening of both the restored film and interactive project, with many of the original characters from Los Sures in attendance. “It is truly amazing to see young people giving the film new life,” said Los Sures director Diego Echeverria, visibly taken with the emotion of such an event, “by reaching into the neighborhood that I find so wonderful, and finding new ways to connect with the community.”

But Living Los Sures feels like much more than just a reach into a neighborhood that existed three decades ago. Exploring the first few opening shots from the film, you come across poignant murals currently in the neighborhood which respond to the government’s neglect of Los Sures and the surrounding neighborhoods. One depicts people of color holding up signs that say “OUR RIGHT TO BREATH AIR IS NOT FOR SALE.” Further along, clips of broadcasts from the 90’s expose the amount of pollution and toxic waste being dumped into southside neighborhoods housing many marginalized groups (including Los Sures). One of these clips shows a brief interview with a commanding and composed Williamsburg activist, saying “They think we won’t be able to fight. It’s environmental racism, and that’s why I’m angry.”

To this day, activism remains an enormous part of the Los Sures identity. With groups like El Puente promoting human rights through community arts, leadership, and health programs, or Southside United (which also goes by the name Los Sures) preserving affordable housing in a neighborhood that’s been nearly consumed by gentrification. All of this survives from the roots documented in Echeverria’s original film, and the emphasis on giving back to a community that helped raise you.

But the activism evidenced in Living Los Sures remains grounded, not in big charity organizations, but in the people who demand their voices be heard. “There are so many amazing storytellers in this community,” says Christopher Allen, UnionDocs founder and the project’s artistic director. “I don’t really know what it is, but the people in this neighborhood have amazing stories and know how to tell them. We’re just trying to make a creative space where those stories can come together and organize them in a way that opens it up to a greater audience.”

89 Steps, an interactive experience released with the Shot by Shot, invites that audience to walk up six flights of stairs alongside another one of the original documentary’s main character, Marta Aviles. Incredibly, Marta remained in the same building Echevarria filmed her and her daughters living in thirty years ago. After walking up all those steps with her, you spend some time in the apartment she’s called home for so many decades. Next, you’re presented with a listing selling Marta’s apartment. Like so many other original members of the southside communities, Marta decided it best to leave the home that had become so much a part of her. “Williamsburg lives inside of me,” Marta said during the Q&A following the NYFF screening. “But I needed to leave because I was going to be pushed out anyway.”

“Progress is good,” she continued, after naming some other Los Sures members who had been forced to leave the neighborhood they’d survived and loved for so many years. “But not at other people’s expense. Williamsburg belongs to everyone. And we all need our fair share.”

“There’s a real possibility and a real hope for the neighborhood to be a place that preserves some of that original identity,” says Christopher, echoing Marta’s sentiments. “That makes a space for the long term residents as well as people who are building new condos. It doesn’t have to be all one or the other.”

“Williamsburg belongs to everyone. And we all need our fair share.”

The Shot by Shot website (a marvel all on its own) in conjunction with the tight, intimate angles from the documentary footage, allows visitors to experience the mythologies, gossip, and folklores of a southside community that was (and still is) one of the richest poorest neighborhoods in America. Christopher hopes UnionDocs’ project communicates to viewers that communities like Los Sures “are a huge part of what’s interesting and exciting about New York City. I hope they will have met some very memorable people with incredible stories that will be applicable and interesting to think about in their own lives. Hopefully, in a broader sense, there’s a realization that some of these neighborhoods that aren’t the most affluent in the city contribute significantly to the culture of a place. And that we really need to think about valuing those neighborhoods as we look at how cities are developing in this century.”

You can keep up to date with Living Los Sures by signing up through the Shot by Shot site, following them on Twitter and Facebook.