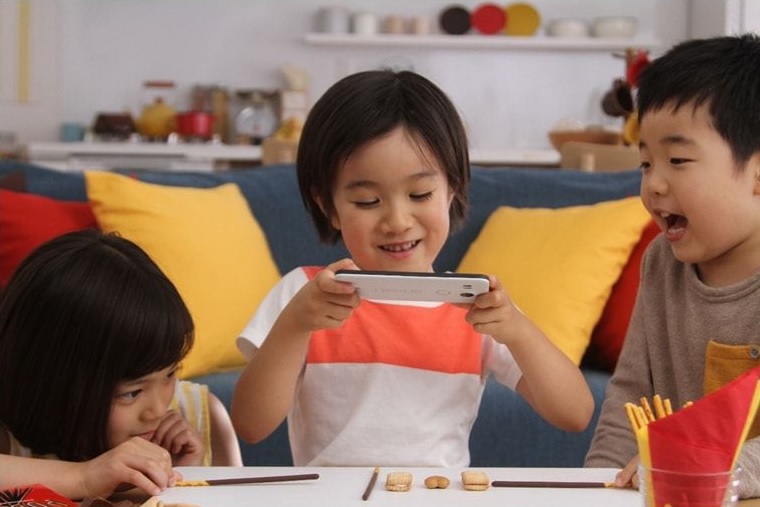 First created in 1966, Japanese candy maker Ezaki Glico’s sugary biscuit sticks “Pocky” have since become a worldwide favorite. From chocolate to strawberry, cream cheese to pumpkin, the idea is for there to be a flavor available for every occasion imaginable. It’s this kind of thinking that Glico has applied to its latest way to enjoy Pocky: through coding.

As reported by The Verge, Glico’s new educational tool Glicode represents basic programming commands through Pocky, Bisco, and Almond Peak snacks. The premise is simple: players use programming logic to move the Glico mascot HUG HUG around various courses, getting him from point A to B. This is done by arranging various Glico snacks on a clean surface, creating a physical manifestation of a piece of code.

Once the coding process is ready, players take a picture of their snacks and process it through Glicode, moving HUG HUG around the map. This allows children of all ages to learn the logic behind coding without worrying about the specific languages and written commands behind their code. Not to mention, Glicode teaches code kinetically, letting students physically place cookies next to each other in the real world (and, afterwards, eat them).


Of course, Glicode isn’t the only initiative designed to teach young coders how to work with programming languages. The MIT Media Lab’s coding language Scratch is a free, cloud-based online service that allows newcomers of all ages to learn and experiment with the basic logical foundations behind coding. Likewise, Anna Anthropy’s upcoming book Make Your Own Video Games! will provide resources for young game makers interested in creating and designing videogames in the near future.

But, for particularly young students, learning the basic logic behind coding can be confusing. Coding phrases can be complicated, as programming traditionally relies on a complicated understanding of both math and computer processing. Yet Glicode is unique in that it relies on symbolic representations of coding algorithms. Physically manifesting code through snack foods can help to parse the complex logic behind programming and make complicated languages easy to understand for young programmers.

For more information about Glicode, check out the official Glicode app on the Android store. No plans exist yet for an English or iOS release, unfortunately.