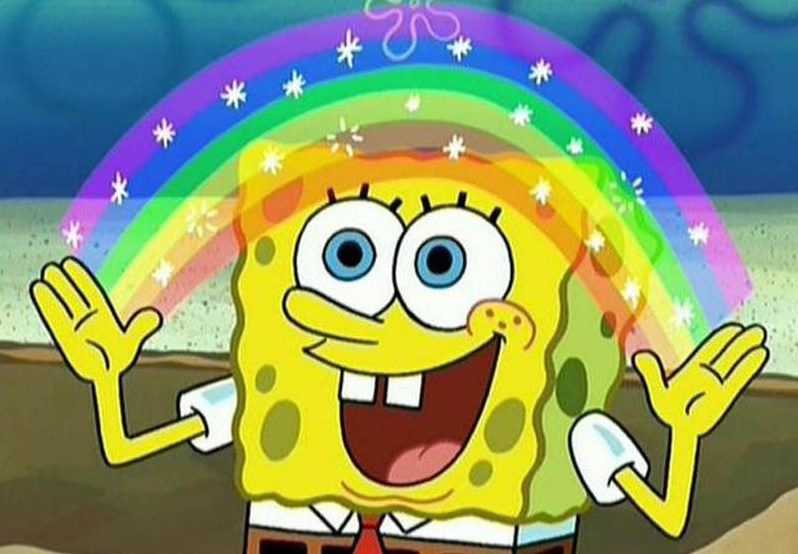 It feels like everyone hitched a ride on the rainbow train on Facebook after Friday’s Supreme Court decision. To be exact, CNN says twenty-six million people (and counting) changed their profile picture in support of marriage equality and gay pride month. But is there something more insidious hidden in the company’s act of solidarity with the LGBTQ community?

It took Facebook experiment truthwatchers just a few hours to start questioning the company’s reasoning behind the good-natured ‘celebrate pride’ filter. “This is probably a Facebook experiment!” commented one MIT network scientist, Cesar Hidalgo. And The Atlantic agreed, publishing a piece asking ‘Were All Those Rainbow Profile Photos Another Facebook Study?‘; which was then parroted by the likes of Gizmodo and Daily Mail as truth rather than speculation.

But it’s important to note that the article hopes you’ll see the title, then think “probably, those sneaky bastards,” before clicking on it. It’s a leading question, that the actual article itself contradicts many times. For example, the company’s very own spokeperson blatantly denies the ulterior motive. “It’s not an experiment or test,” Nevius William tells The Atlantic. And, in preemptive response to concerns about how their controversial “I voted”  or “emotion contagion” studies were conducted, he assured them again that, “Everyone sees the same thing.”

Later on, Nevius also explains that the feature was created by two interns at a hackathon and became so popular for employees, it prompted the company to make the filter public. So, in other words: not the work of some spymaster Facebook researcher. Though, The Atlantic article does raise some salient points about how this sweeping and public demonstration of solidarity with the LGBTQ community could change the way we see social network activism.

So many of the issues the LGBTQ people face … stem from a fundamental lack of social acceptance.

Because while many criticize other forms of “slacktivism”—like when Twitter members changed their profile pictures to green in 2009 to support Iranian protestors—as doing more bad than good, an issue like marriage equality is different. So many of the issues that LGBTQ people face, be it violence, harassment, or suicide, stem from a fundamental lack of social acceptance. A similar demonstration of acceptance occurred back in March 2013, when 3 million people changed their Facebook profile pictures to the red equality sign. Though this profile picture switch was not prompted by Facebook itself, some of the company’s researchers took it as an opportunity to conduct some research after the fact, in order to understand more about the influence of social media on activism. What they found out was that “users apparently needed ‘social proof’—they needed to see that others also supported marriage equality—before joining in. As more people changed their profiles, individuals who had seen their friends change their photos were more likely to do the same themselves.”

So will Facebook look to some post-pride filter analysis following their users’ mass exodus into rainbow land? Probably, and I welcome it. This is not the kind of “social experiment” we’ve come to expect and loathe from the company, with unwitting focus groups and emotional manipulation. And when we unquestioningly criticize Facebook for maybe using their unique position for unprecedented sociological data, we lose sight of the fact that they actually might just be making a quantifiable difference in what we see as acceptable.

On the other hand, The Guardian reports that one group at the San Francisco Pride Parade, The Radical Faeries, took issue with the social media company acting as a sponsor—for a reason that affects the community much more than any potential social experimentation. The group takes issue with the fact that Facebook insists on a strict “real” names policy, since many in the LGBQT community either adopt new names or would rather remain anonymous for safety purposes. “I don’t like anybody telling me who I am or have to be,” said Storm Arcana of The Radical Faeries. “That’s anathema to my essence. I’m self-defined and self-described and that is my right.”

So perhaps the question is not whether Facebook used an historic event to gather sociological evidence. And perhaps it’s not even a question of whether or not social media movements can garner actual change in the right situation. Perhaps the most important question to ask ourselves in this moment is: are we doing everything we can to ensure our virtual spaces are as safe as possible for the LGBTQ community to be true to themselves? If that answer is no, now seems like the most opportune moment to demand it.