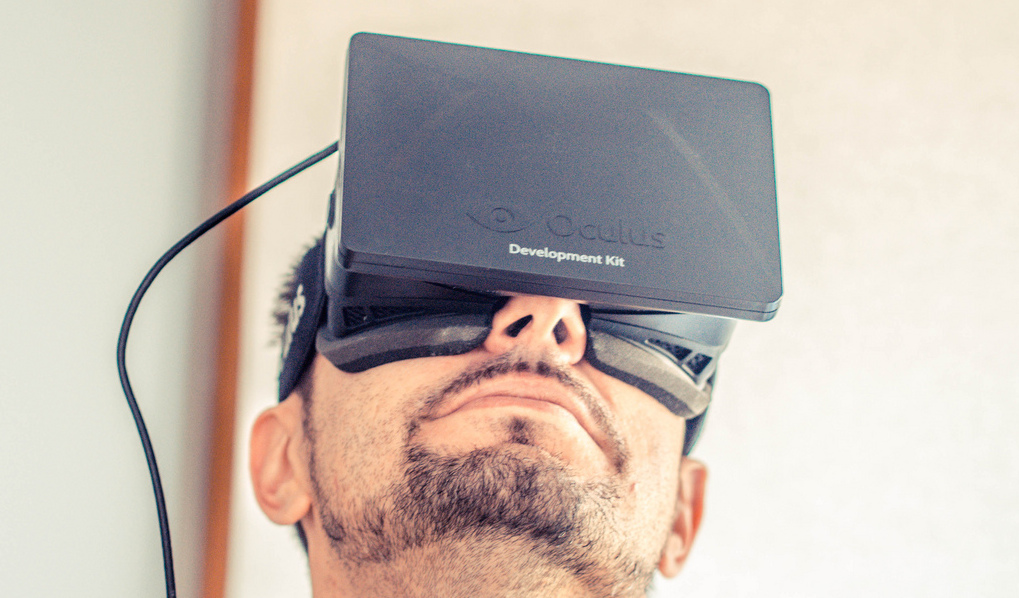 I want to tell you a story about Oculus’ creator, Palmer Luckey.

Last year, at our first-ever videogame arts and culture conference Twofivesix, we had the pleasure of having Palmer on-stage to talk about Oculus. He shared the stage with Dance Central project director Matt Boch for 40 minutes and it was wonderful.

To many, Palmer is a stereotypical gamer. He forgot his wallet on the way to the airport. He wore sandals. He even did a barrel roll on-stage to demonstrate how new players confusingly navigated in Team Fortress 2.

To many, Palmer is a stereotypical gamer.

But what struck me most was what drove him to explore VR. His voice bristled with emotion when explaining that the biggest reason he wanted to create the Oculus wasn’t some grand future of human-computer interaction or virtual spaces or Gibson-esque cyberspace. He just wanted to play games.

In a past era, that “narrowness” would have been treated as a liability. That just is a potent one. For the past 30 years, the common wisdom has been that games are a land unto themselves. What happens there is only applicable to games, and nowhere else.

And in fact, the first reporting on the acquisition seems reflect this bias. In Slate, Lily Hay Newman casts a very small net:

It may seem like Oculus VR doesn’t fit into any of Facebook’s existing products, but if you look at Facebook in terms of gaming—virtual reality’s biggest and most obvious strength right now—you can see where Facebook may be going with this.

Aside from the host of non-gaming uses that have already been documented since the dev kits of the Rift have been released (Jerry’s Apartment!!!), Newman’s statement shares a similar refrain that gamers have been told for decades.

“What you do doesn’t really matter to the outside world,” we’re told. “It’s just, games after all.”

But there have been rumblings. First, there was the Wiimote, a clever device cobbled together with the same tech used to trigger airbags, that started finding non-conventional applications from DJing to robotics. Then there was the Kinect, which launched with the Xbox 360 and became the fastest-selling consumer electronics device ever. It soon began finding new life in the digital arts and hospitals. Later, it was the clumsy executions of “gamification,” an attempt to turn game design into something everyday business can use. And now there’s Oculus Rift, which caught the eye of one of the biggest platforms in the world.

The point is if you really watch games—I mean, really watch games—you’ll see that future of consumer technology, and perhaps, the future of how we interact with machines and each other, begins with games. Oculus isn’t the pinnacle of this convergence. It’s the beginning.

And for the 1.2 billion daily active users of Facebook who may not have know anything about virtual reality until today, this is a cosigning of a big, big vision. Regardless of whatever trepidation you may have about what Facebook does with the product, there is no doubt that virtual reality has now become a mainstream concept. And it is unsurprising that Facebook, which aspires to be the absolute center of human communication, would turn to a piece of technology that utterly enraptures and envelops.

To what end, I don’t deign to know and frankly, I don’t care. This is a culture site, not a business one. Life for Oculus, post-acquisition, could be wonderful or it could be terrible. The original Kickstarter backers, like Minecraft creator Notch, could be jilted that their dollars ended up in Mark Zuckerberg’s hands or elated that they were first on-board a grand journey. We could get great games or we could get terrible ones.

There’s a palpable change in the air.

But if we take a step backwards—and remember that Maker Studios, one of the biggest distributors of gaming content on YouTube, was acquired by Disney this week as well—it becomes clear that the outside is beginning to wake to the idea that something is happening within games. They may not be able to identify it, but there’s a palpable change in the air that lingers in fits and whispers.

Palmer, like many who grew up playing games and look to integrate them into their lives in new and exciting ways, understands something very deep and central to who we are. If it’s got Facebook’s attention, we’d do well to listen.