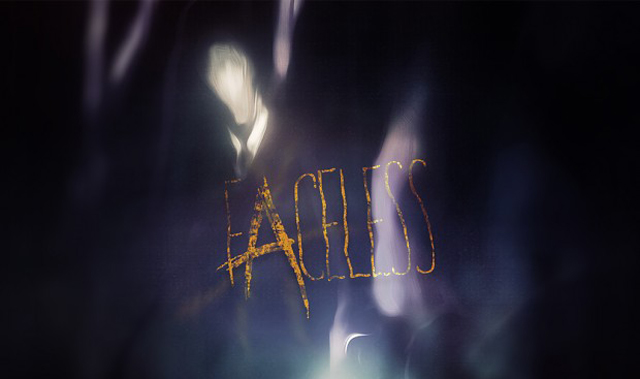 For ten years in Calvin and Hobbes, Bill Watterson captured a terrifying childhood ritual. Nightly, Calvin dialogued with the monsters under his bed about their existence.

“Are there any monsters under my bed tonight?” he’d ask, only to hear in reply, “Of course not. Come and see for yourself.” from somewhere underneath the bed. Calvin lacked the facts, and without them, consistently stayed up all night with his best friend Hobbes, bloodshot and terrified of ghosts, the bogeyman, and other creatures they could only venture a guess on whether they existed or not.

Faceless would have terrified Calvin.

A new survival, horror mod for Half-Life 2, Faceless preys on your lack of knowledge. It forces teams of four to collect dolls and escape the Slenderman, the mythical creature born in the Something Awful forums in 2009, whose origin and overall general knowledge is, appropriately, lacking. Your weapon of choice: a flashlight.

The developers behind Faceless are omitting traditional videogame saving graces in favor of realism. Communication is determined by proximity. You begin alone, stripped of the ability to chat with your teammates. Locating them allows the privilege of coordinating an escape plan but panic, drift apart, or try to be the hero on your own and their cries for help are inaudible. Promotional designer Adam Sklar explains the empty feeling of isolation: “It’s horrible not knowing where your friends are. They could be dead and you wouldn’t know. You could be the last man/woman standing and you wouldn’t know.” A breakdown in communication results in a lack of support. As much as finding a teammate can save your life, losing them can shatter any sense of hope.

As much as finding a teammate can save your life, losing them can shatter any sense of hope.

Ironically, a lack of knowledge is what helped fuel the developer’s creativity. With an absence of details, they were forced to fill in the gaps. 3D artist Kenny Gardner was in charge of giving the Slenderman a face, an object which in his own lore, he lacks. Gardner took a cue from people’s primal fears in his Slenderman design: “His head, tentacles, and arms make up the distinctive shape of a spider when viewed from the front, and his long, thin hands were designed to resemble spider legs.” Gardner and the team designed Slenderman’s arms as long and spingly, “like some sort of insect or possibly a skeleton.”

But the developers aren’t intending to hide everything from you. Adding to the Slenderman’s mythology was an important priority. But they don’t want to plop the story into your lap. Your main goal of surviving is meant to seamlessly live with your desire to learn. To create a flawless experience, level designer Dillon Rogers aids player’s curiosity. He expands on the Slenderman’s mythology by leading the player down a rabbit hole: “The subway station has plenty of strange cult circles, wall scribblings and candles,” he said. “If you pay attention to what the environments are trying to show you, you start piecing together this creepy narrative about Slenderman worshippers and the people who actively go and find him.”

Players may also find videotapes, audio recordings, and photographs on their adventure to piece together the motives of the Slenderman. Gardner adds that everything won’t be black and white: “The story will be a jigsaw puzzle that will probably take a lot of quiet thought and theorising to fully unlock and understand.”

Faceless aims to deny the player their usual comforts. It wants to create an environment where the fear of dying outweighs the human will to survive. It preys on what you lack and the only chance of survival is to outgrow and outwit your fears.