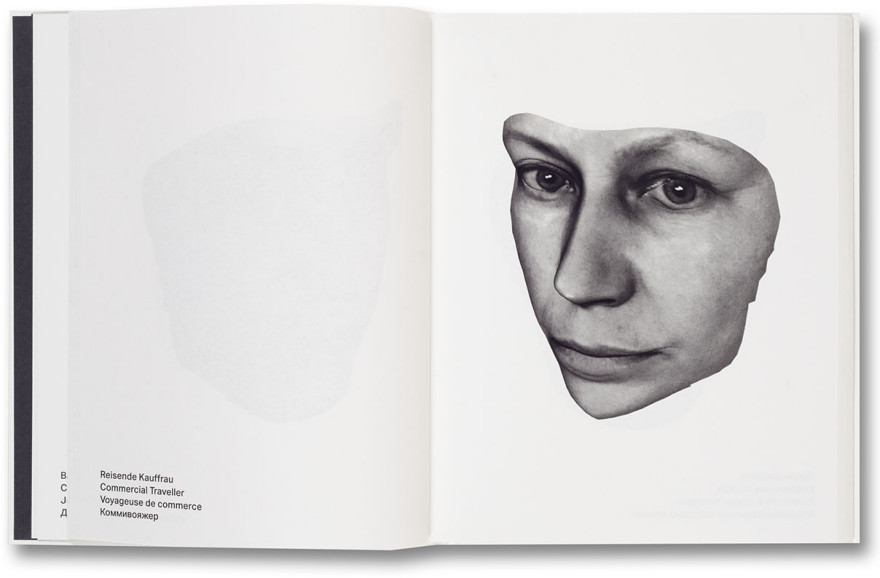 You shouldn’t have to carry ID when you go to grab a coffee. Coffee is not a controlled substance, though it sure is wonderful (and possibly addictive). That does not stop nominally just societies from demanding that their citizens identify themselves while out and about. Inevitably, the burden of these policies is unevenly shouldered by different groups. This problem could easily solved by no longer demanding that citizens identify themselves at every turn. There are, however, two problems with such a proposal. First: Good luck getting municipal politicians and police forces to agree. Second: The elimination of identification requirements means relatively little when your body functions as an ID card in its own right.

Spirit is a Bone, a new book by the artists Oliver Chanarin and Adam Broomberg, concerns itself with that second problem. It is the story of a world in which you are identified at every turn, no matter what you do, whether you like it or not. It is, in other words, roughly the story of the world in which we live. More specifically, Spirit is a Bone is about Moscow, where special cameras have been developed to capture the faces of citizens going about their lives. Chanarin and Broomberg used this technology to create the series of portraits that fill their book’s pages.

You can’t really pose for the surveillance state

The facial recognition cameras produce disembodied faces that are rendered all the more eerie by their verisimilitude. These digital masks might as well be made of human skin. If that wasn’t sufficiently unsettling, the use of surveillance technology precludes traditional compositions. You can’t really pose for the surveillance state; it finds your face and recreates it as if you were looking directly into the camera. The photos emphasize the subject’s lack of control. This is how an apparatus sees you, not how you want to be seen. So, deal with it?

Chanarin and Broomberg write that they have sorted the subjects in their book by profession in a nod to August Sanders’ Citizens of the Twentieth Century. The German photographer’s project, which could not be finished before his death in 1964, used this taxonomy to tell the story of a society through its economic classes. Spirit is a Bone has less to do with capitalism than Sander’s work, but this structure still has a certain appeal. It suggests that information and identity is organized according to the needs and priorities of a larger apparatus as opposed to those of the individual. You have a face, but the state has that, too, and anyhow you’re just a collection of numbers.