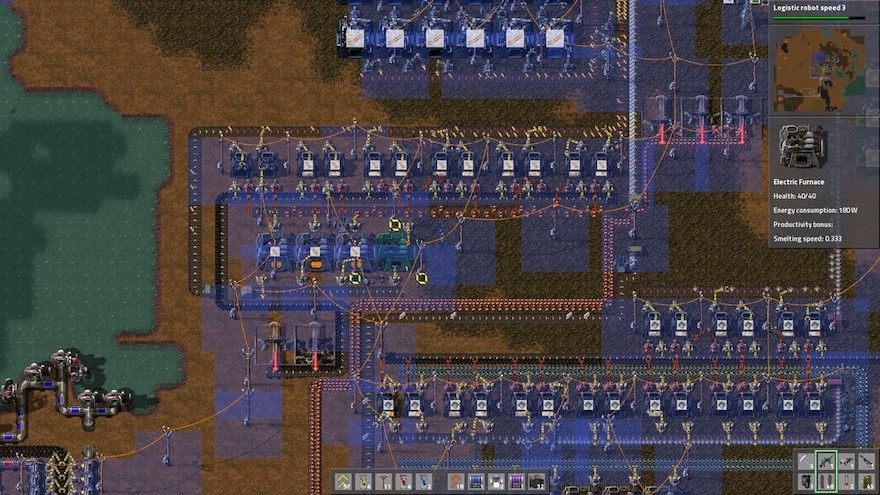 SimCity is about building a flourishing biome where citizens can live without dying of smog. Factorio, contrarily, says screw that. It is a game about wrecking the environment by building sprawling, Rube-Goldbergian, obscene, waste-shitting factories out of conveyer belts and tens of thousands of claw arms.

Judging from the new trailer, it loosely fits alongside games like Papers, Please and Prison Architect inside the very trendy space of legitimately good games making a statement for a social cause by having you make awful choices to win. And the cause here I suspect is pollution, as you can see in the scene in the trailer where black smoke spreads over the depleted wilderness as a pack of wild, uh, armadillos/rats/triceratopses(?) bum rush the facilities before being splattered by a train.

This one has got my hopes up for a non-PETA-related, honest-to-God simulation based on Upton Sinclair’s The Jungle.