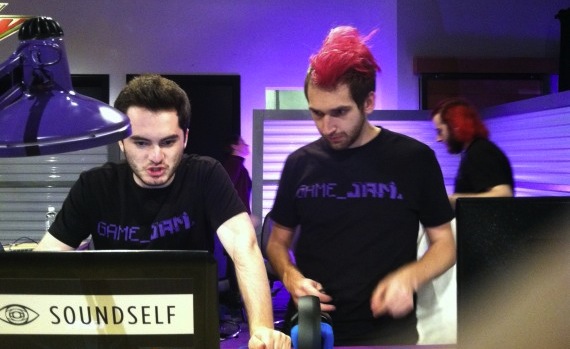 There are many obvious problems with the failed “GAME_JAM” Iron Chef-style reality show that imploded after just a day of filming. To start with, a show based on a contest that involves participants tweaking code on their computer for hours on end doesn’t exactly make for riveting TV. And that’s before the casual sexism and moral stands; before the guy working with Pepsi demanding that everyone drink Mountain Dew or nothing at all. The grand prize was even to be “Dew Packs.” Yes, the sexism is terrible. But what I don’t understand is the persistence of the stereotype that gamers are Dew-guzzling junkies, seen in how the show assumed that the thing that would motivate and inspire a prestigious game creator above all else is a year’s worth of fizzy, highly-caffinated, brightly-colored corn syrup. Seriously?

Luckily, we were thousands of miles away from this madness. But we owe one to Jared Rosen of Indie Statik for biting the bullet and suffering through the shit-storm to deliver a top notch piece of journalism on the whole thing. You should check it out.