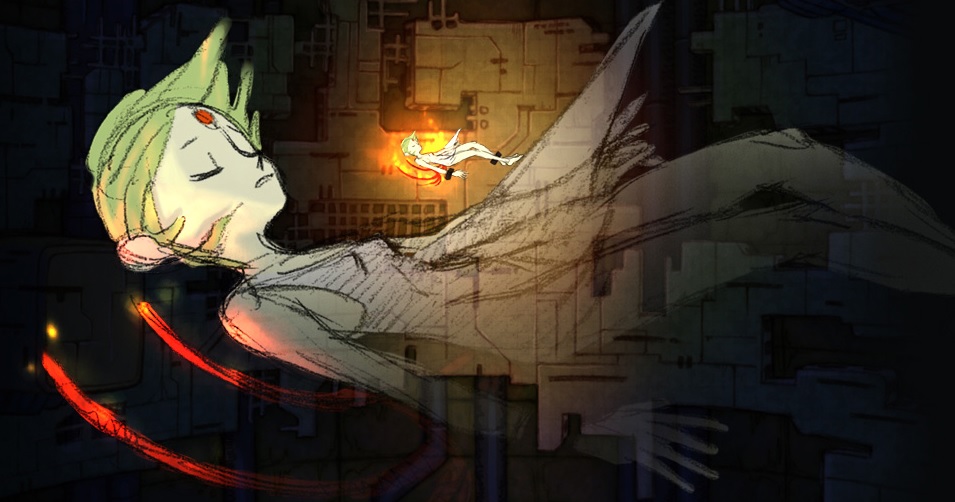 Star Trek’s cavalcade of hit-or-miss conceits includes a fair share of philosophical thought experiments, and chief among them is the “Kobayashi Maru.” This name refers to a wargame for Star Fleet military cadets used to evaluate how officers-in-training would react in an impossible-to-win scenario. The crew being examined receives a distress call from a fellow ship called the Kobayashi Maru, a wounded bird floating defenseless in the void, and upon reaching it two Klingon vessels emerge and attack. The captain must decide whether to leave the Kobayashi Maru to certain destruction or engage the firing ships, though the cadets are outmatched and guaranteed to be disintegrated as well. This situation is meant to appraise a leader’s character under the pressure of a battle that cannot be won.

Such a test can be a useful measure of one’s capacity for confronting overwhelming difficulty, but requisite failure doesn’t push videogame units. Which is why the Kobayashi Maru is an apt analogy for Breath of Fire: Dragon Quarter (2002), an early Japanese role-playing game in the PlayStation 2’s lifespan, and the fifth Breath of Fire game overall. At release it was critically acclaimed, but proved to be so off-brand in almost every way that it was left to rot on the shelves by the public.

Dragon Quarter’s connections to the Breath of Fire universe and JRPG conventions are thin, but fibrous. Mostly, it  hews away the built-up layers of what JPRGs were thought to be after more than a decade of Final Fantasy, Dragon Quest, and many others. By the time Dragon Quarter came out, its peers were were more expansive than ever, encompassing entire planets with casts of playable characters that dwarf the average NFL player roster. They were proto-visual novels, broken up between cutscenes and grinding, which is essentially an in-game, unedited training montage played at half-speed, and that ultimately has no effect on the immediate apocalypse threatening the world. Dragon Quarter is skeletal by comparison, but the bones are robust, a titanium frame for the player to experience the narrative tension rather than merely spectating. This is accomplished by making encounters finite, with monsters always visible while you wander the map, susceptible to pre-fight traps and bait.

But each skirmish also presents a potential catastrophe that puts the player’s progress and invested time at stake. The meat of most JRPGs is the non-fatal random battles that task the player to puzzle out monster weaknesses and overall strategy; more akin to a series of hunts rather than regularly scheduled desperate struggles with survival constantly at stake. Dragon Quarter inverts this relationship, and while it isn’t quite impossible, it’s a nearly nonstop parade of grueling situations, acting as it were the definition of going two steps forward and one step back. By spotlighting what is usually a sideline slog meant for increasing stats and by having fixed enemy encounters, Dragon Quarter doubles down on the grind while stripping out its usual ancillary nature: a requisite trudge of rewarding toil, but with the delectable thrill of possible oblivion at every step.

The main character is a grunt usually referred to as Ryu in an underground future-fantasy dystopia, whose best friend Bosch is swiftly revealed to be a sociopathic power-monger. Bosch can’t handle the competition after Ryu is possessed by a dragon spirit (another of the few links to the Breath of Fire series), blessed with incredible in-game power but cursed to die if that power is overused, as the constantly rising D-Counter reminds you. Ryu finds a young woman named Nina, genetically engineered as a living air filter who is doomed by this polluted underworld, who he vows to lead above ground. Society has crumbled, the environment is all but consumed, and Ryu is told constantly that he is without value and destined to flounder. This isn’t an empty narrative scare; Dragon Quarter really does want Ryu to fail. The player comes to understand this all too well due to the game only having one save slot, and only the occasional opportunity to save in that slot. While harsh, this restriction is an important part of the intended game experience. There is a kind of mid-game restart system that lets some stats and items be carried over into a new run. Doing so gives you a bit of an edge, and also unlocks extra cutscenes to further flesh out a compellingly honed narrative built on stylized cel-shaded visuals and tautly composed music. The sound design also respects and elegantly utilizes silence, all to reinforce the theme of karmic reincarnation. All this is to say that Dragon Quarter wants you to restart its journey halfway through. And so you are set-up to die and be reborn, it is practically required in this game. How you manage this inevitable collapse makes Dragon Quarter the Kobayashi Maru of JRPGs.

By removing the safety net of unlimited saves and transforming the “grind” from a necessary evil into a ludological metaphor for the player’s uphill battle to the surface, Dragon Quarter puts the player in the same viscerally anxious emotional state as the characters. You cannot over prepare. Battles are a calculated risk but to avoid fights only puts you out of practice for the inevitable bosses. Items are somewhat abundant, while your capacity to carry them is initially very limited. The game does away with almost all distractions: no stat trees or extensive weapon modifications or crafting; your party is only composed of three members (except for the first dungeon, spent with your frenemy Bosch); there’s pretty much only one narrative side mission, and an optional ant-themed mini-game at least provides some useful equipment when towns are few and far between. The strategy of most JRPGs up to this point consisted of fighting monsters to gain levels until your team’s statistics were larger than those you had to defeat. Sure, you often had to figure out which attacks to use against certain enemies, as if playing a variation of rock-paper-scissors, but once that’s done it was a case of rinse and repeat. Those facets remain in Dragon Quarter, but are boiled down to a rich broth that only leaves the tastiest flavors simmering.

Recently, Dark Souls (2011) instructed its players with brutal opacity and was commercially and critically lauded for it; its tagline might as well have been “die, die again, die better.” Others, like The Last of Us (2013), craft delicate experiences through the anxiety of dystopian near-futures. But even these games allow for quick restarts so that the player can succeed without a methodical approach to groups of enemies, instead of instantly re-plowing the beats of a stage a until a flow is established—it favors memorizing a pathway over developing the ability to navigate the pressures of a ticking clock and superior foes. More than 10 years ago, Dragon Quarter helped lay the foundation for enjoyable brutality, a spiritual predecessor requiring equal measures of patience and persistence.

Only Captain James T. Kirk has “won” the Kobayashi Maru simulation: by reprogramming the test, as he deemed it unfair and doesn’t believe in a no-win situation. You can cop Kirk’s moves in Dragon Quarter through emulation and save states. Doing so really does deflate the stakes of the game’s imposed stress, like walking a tightrope two inches off the ground: challenging but devoid of adrenaline. To really savor the Dragon Quarter experience, you must confront fallibility and smother up to the cold cuddle of oblivion.