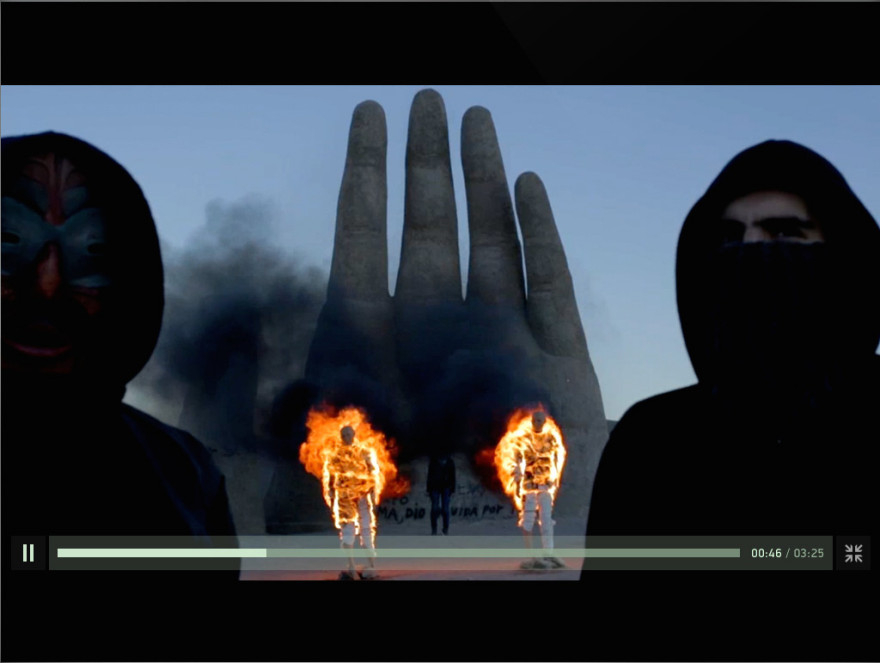 Sometimes, an alternate reality game comes along that’s so disturbingly close to reality that it scars you psychologically.

When Eric Snowden first came forward in 2013, the American public was already so disillusioned with its government that a lot of the talk I heard floating around was, “Meh, figured as much.” But that reaction may be more horrifying than even our government pissing on everyone’s right to privacy on a daily basis with no repercussions. More recently, the revelation that Facebook has been secretly experimenting on its users was met with a similar passivity. Sometimes, it feels like Aldous Huxley’s vision of complaisance as the downfall of freedom in Brave New World has never been more possible than in this age of digital information. Because while we aren’t content to hear any of this news, our dulled inaction still feels more appropriate than even the mildest indigence.

Which is why, perhaps, protest movements like Pussy Riot prove so captivating. Up against a truly dystopian government, the Russian feminist punk rock group remains unshaken in its outcry against misinformation and unexamined injustice. Beaten, jailed, publicly shamed—this fierce sisterhood still refuses to be silenced. Complaisant Americans (myself included) can’t help but root for them, attracted to a fearlessness that we’re too indifferent to even muster an ounce of in ourselves.

The alternate reality game ALFA-ARKIV plays with all of these feelings: sympathy for a bold (though entirely more extreme) Russian sisterhood, governmental overreaches too willingly ignored, and the sneaking suspicion that we’re all being watched, prodded, and toyed with through our digital devices.

The iPad app presents itself as a hacked military software used to track and decipher secret documents, which is only moonlighting as an “alternate reality game.” Every now and again, it admits to purposefully manipulating you psychologically, leading you straight down a spiral of doubt and anxiety.

It begins with the story of a Russian woman named Rhea Aliyeva, and her hand-written confession to an attempted suicide bombing against the KGB. She admits to being a member of an extreme activist organization called The Sisterhood of the Pure, who watched their families be destroyed by their government and could remain passive no longer. The more you uncover about this story, the less certain you will become of everyone and everything you’ve ever known. There is barely even a blurred line drawn here between the game and reality, including a creepy (yet distressingly poignant) twitter feed from the Sisterhood’s prophet, Vera. There’s even a goddamned Chrome extension to be downloaded on wikileaks that’ll leave you wondering—what even is life anymore?

Rumor has it the lore of ALFA-ARKIV originated in 2009, as a mysterious video series coupled with a rash of websites (including a facebook page) on The Junsai, an enigmatic sisterhood of light and purity. The videos stopped suddenly and inexplicably. But now, it appears The Sisterhood of the Pure is back, and with a vengeance.

You can download ALFA-ARKIV on the app store for free, but a $4.99 “donation” is required after the second level.