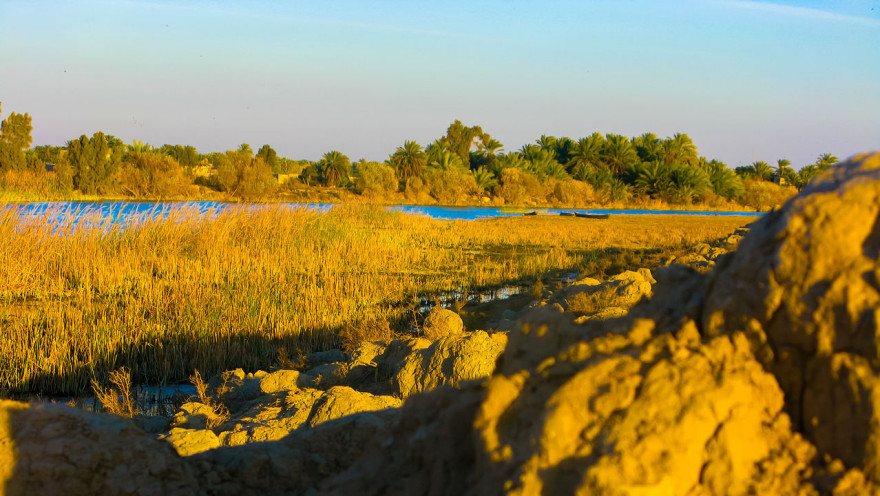 Garsdale Design, a family-run architectural firm in Cumbria county, North West England, is redesigning select cities in the Republic of Iraq at the behest of the Iraqi Ministry of Municipalities and Public Works. So far the firm has only drawn up a masterplan for the southerly city of Nasiryah (home to 500,000), but they have been awarded contracts for future design-work in four others: Kut, Kufa, Hayy, and Numaniyah.

The whole arrangement would seem increasingly more preposterous as: the immediate family works out of a retrofitted barn, none of them have even seen the cities they are working on in person, and the upper half of the country is engulfed in guerilla war. But, as is written in the Nasiryah city masterplan, the Hartley’s “are committed to making things better for ordinary people in Iraq.”

To accomplish this they are using Esri CityEngine, a 3D-modeling application created for urban design, but adopted by Hollywood for the visually impressive (if soulless) blockbusters Cars 2 and Man of Steel. CityEngine has also been used to bring Imperial Rome back to life! The software allows Garsdale Design to change the position and form of roads, parapets, or mullions instantaneously while estimating total expenditure, a difficult task for previous toolkits.

As unusual as the Hartley’s proposition may be, it’s not entirely unheard of. The Hartley’s are just sticking to their home county’s motto, “AD MONTES OCULOS LEVAVI” or “I have lifted up mine eyes unto the hills.” What can be seen from the Yorkshire green? The Levantine, apparently.

Nasiriyan countryside header via the Commons