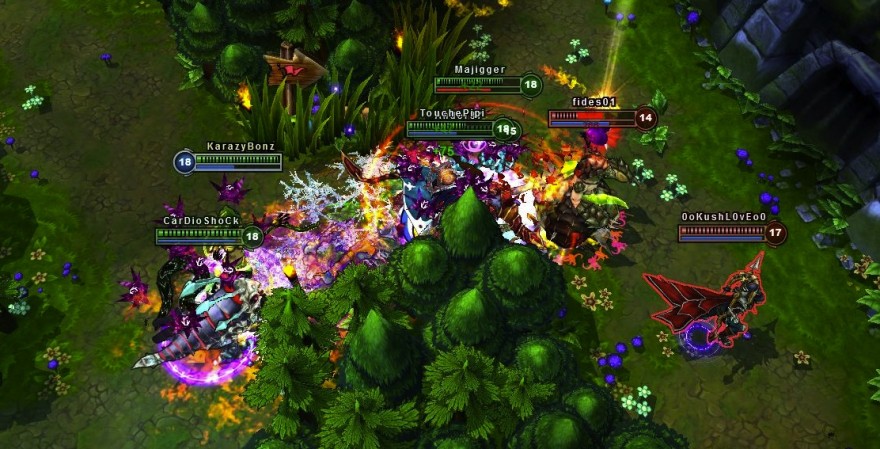 Riot Games are working on smart cameras that automatically follow the action on-screen in League of Legends, because sometimes you just want to kick back and watch esports, the way you would any other sport. This new feature, which they’ve been granted a patent for, aims to improve Spectator Mode, which allows onlookers to peek in on matches, but would also help with live broadcasting.

We’ve talked at length before about how the prospect of casually watching esports can be daunting. There’s so much visual information that it repels the casual fan, who are a big part of the success of major sports. (i.e. you don’t have to have played football, or even be particularly athletic, to be a diehard football fan; but not true with League of Legends.) Although fans packed the Staples Center at the World Championship last year, there’s still considerable room for the sport to expand, but to do so it will need to become more palatable. We’re stoked to hear Riot is working on making their premier champion-battler easier to take in for everyone.