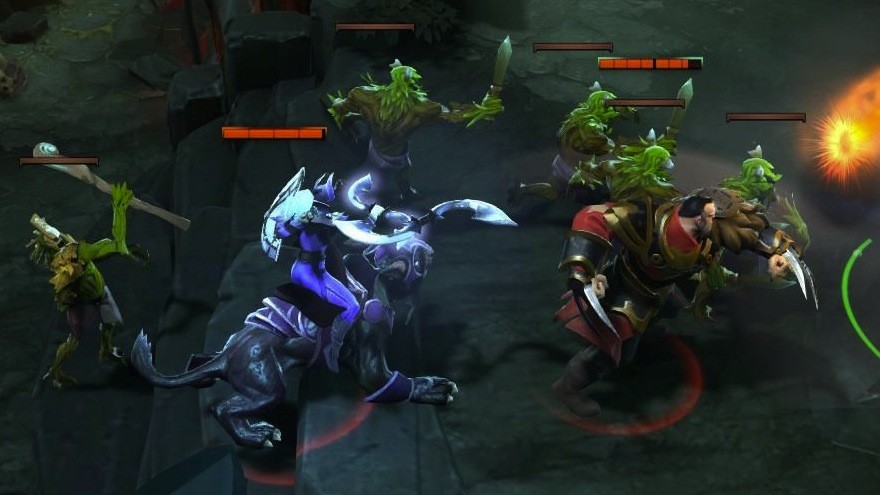 Fantasy football has the natural ability to turn even the most casual of pigskin fans into rabid stat-obsessed fanatics, and soon that tenacity will be rubbing off on DOTA 2. With the newest patch, fantasy DOTA leagues are now a thing. They work pretty much like their somewhat-distant football cousin, with a pool of friends drafting rosters of professional DOTA mid-laners, carries, and supports, and then waiting for the fallout. Also, plenty of bragging.

A big draw in fantasy football is a cornucopia of stat-porn, giving you all the more reason to care about Cam Newton’s QB rating, and fantasy DOTA could do that even better, considering the raw potential for severe stat-crunching that’s generated by the game’s server farms. Right now, scoring is calculated by about ten finely tuned details, such as points per kill, death, assist, XP earned, and enemy stuns.

This sounds like an awesome way for esports to develop players into celebrities, and also to rally some outside interest in the upcoming season. Read more about it here.