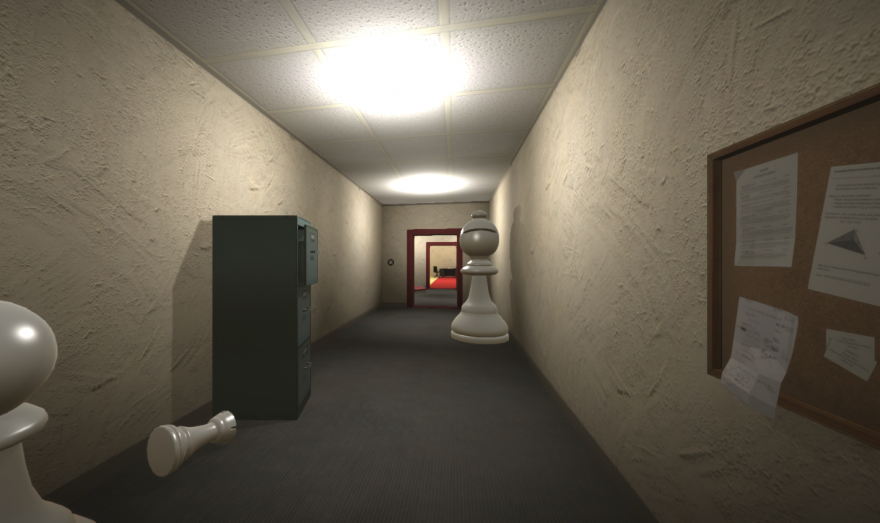 The first time I saw Museum of Simulation Technology was at the Experimental Gameplay Workshop at GDC in 2014.

A forced perspective puzzler about using visual tricks to navigate a labyrinthine dreamworld, it’s one of those charmingly clever games that’s just delightful to watch, especially for a new crowd of people. Each success in the demo prompted some genuine cheers from the audience, and I find myself experiencing that same feeling of fascination watching the game’s latest video from Polygon.

Museum of Simulation Technology seems to combine the child-like wonder and toy-like elements of (the also highly anticipated) SCALE with the reality-bending joy of Perspective and the visual gag-based humor of The Stanley Parable. I still remember the ooh’s and ahh’s of the audience from last year’s demo as creator Albert Shih used forced perspective to turn small objects into large structures he could use to locate each room’s exit: using the Mona Lisa to build a giant ramp, plucking the moon from the sky to find a hidden door, creating a staircase from a deck of cards.

It’s grown a lot since then, as you can see in the new video. While it’s still early alpha, the visual polish is massively improved and there are some new ideas at play. A notable one involves abstract images that, when viewed from the right angle, forms an object that you can pluck from the 2D plane and use just like any other.

Learn more about Museum of Simulation Technology on its website.