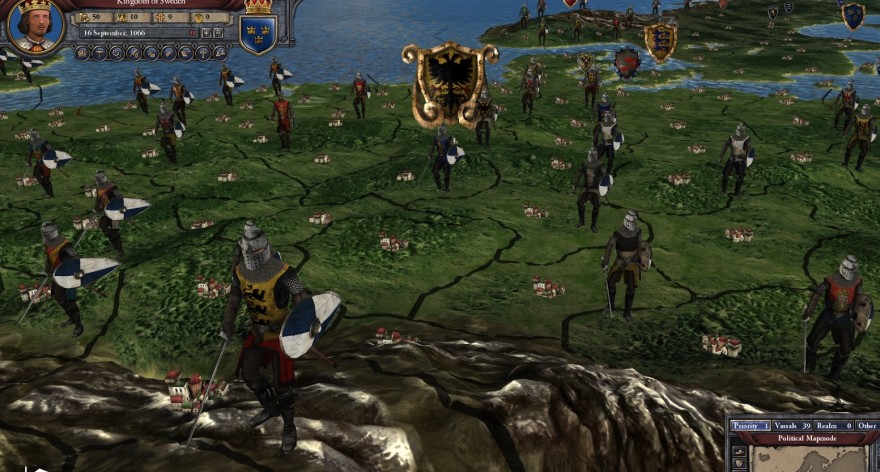 Paradox Interactive is probably the only dev who can casually pull off quoting Nietzsche without sounding pretentious as all hell.

That’s because, as I witnessed in their GDC talk yesterday, they’re sharp as a tack, and also because players and developers alike have insane respect for their alt-history strategy sims. Games like Crusader Kings 2 are revered as story-generating machines that stitch together unbelievable Medieval tales: things like birthing a daughter of Satan who was pacified by a saintly tutor and supposably turned out OK until her 16th birthday when her siblings started dying off horribly and mysteriously. It’s The Decameron of computer games.

How do amazing yarns like this get spun by an algorithm inside a desktop machine? As speaker Henrik Fahraeus put it, unimaginable bursts of creativity result when emergent narrative (or random shit the computer does) dovetails with scripted stories (that is, plots that the developers wrote).

“Pure chance spices things up,” he says, illustrating with the child of Satan example, where the AI in the above player’s game dialed up two separate story (scripted) events and by happenstance glued them together in a way that made the results that much more fascinating.

Games, of course, have no concept of storytelling, being that under their hoods they are all a series of mathematical processes. That scripted events like the Antichrist being christened slot together in our minds to form a more complicated story is a perceptual thing. “Humans are good at seeing patterns in time,” and they have a “tendency to put meaning where there is none,” he tells the room, sounding nihilistically Nietzschean.

Paradox has plans for the future to milk even more engaging stories from their sims, so that they don’t have to happen accidentally. He spoke of “emergence detection,” a system in which AI will scan for patterns to emphasize and react more realistically to the story events. Examples include playing sad music in mournful situations and massaging the random number generator to funnel play down more interesting paths. Of course there is something to be said for pure random chaos and seeing faces in things, he admits.