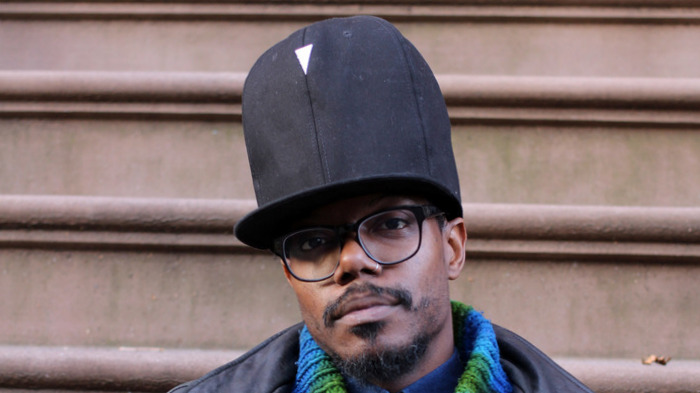 Hats occasionally seem like an unnecessary article. Clothing may be one of the first things on the hierarchy of needs, but unless you live somewhere truly inhospitable (true inhospitibility being granted only to hot and cold deserts, salt lakes, and outer space), then you probably don’t need a hat. Being thus immediately frivolous, the hat is a maker of statements, something to morph and play with, and it has held this place in history for a very long time.

2014 has already been an interesting year in headgear, with most still recuperating from Pharrell Williams’ Grammy Whammy, wherein the multidisciplinary media mogul donned a wonderfully obtuse thing designed by Vivienne Westwood and inspired by Smokey the Bear. Prominent New York hatmaker and Fashion Institute of Technology alum Patricia Underwood used millinery taxonomy to break down what the press floundered to describe in the weeks following the event: “It’s an oversize—and you have to stress the oversize—dramatically dented derby. It is definitely not a Canadian Mountie hat, which would have an absolutely flat brim.”

But 2014 isn’t over yet, gosh darn it, and we just might have another contender for Hat of the Year (HOTY). Meet the Le Grand. “Have you ever dreamed of wearing a baseball cap with a tuxedo?” With Le Grand, architect Florent Biais and entrepreneur Aubrey Richardson want to combine the sophistication of formalwear with the reppin’ ease of streetwear. This is hat couture.

Aubrey and Florent have mocked up celebrities they imagine daring enough to go forth wearing the Le Grand. There’s also an infographic declaring that the inverted white triangle serving as the Le Grand’s logo is the successor to the rearing cobra, an emblem that was often affixed to the double-crown of Egypt in antiquity.

Despite its blatant absurdity, the more I look at the Le Grand, the more I like its moxie. All hats descend from the lineage of silliness: there’s a hat called a “pork pie”; there’s a hat called a “fascinator”; there’s a picture of this poor, Depression-era woman wearing an outrageous bonnet, which is technically a hat in that it is a “shaped covering for the head.” What I’m trying to say is that something so apparently absurd may just have fallen on unaccustomed eyes. A common folktale goes that as the first man to ever wear a top hat—Le Grand’s foremost idol—walked down the street in the late 1790s, women fainted, children screamed, and, uh, “a younger son of Cordwainer Thomas was thrown down by the crowd which collected and had his right arm broken.”

The designers of Le Grand know that they’re playing with 100% cotton twill fire; this tale heads their page, after all, but they’ve neglected to submit the most ringing endorsement. Less than a century after the introduction of the top hat, one of the most powerful nations in the world elected a top hat-wearer to presidency. Am I suggesting that you might become president if you fund Le Grand? No, I’d never so tacitly endorse. Am I suggesting that Abraham Lincoln would wear a Le Grand if he were born today? Yeah, totally.

The Story of John Hetherington via Wikipedia.