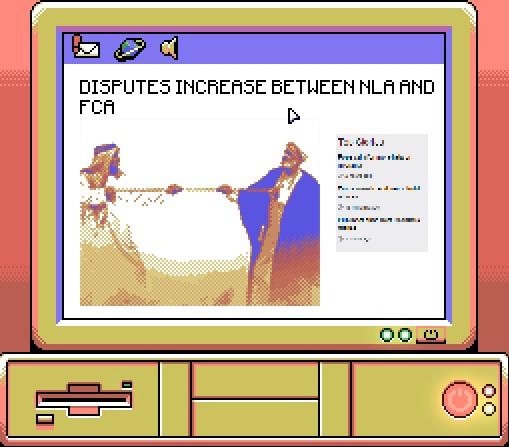 What ancient Chinese philosopher Sun Tzu emphasized throughout his influential military strategy book The Art of War was the importance of information. He wrote: “If you know the enemy and know yourself, you need not fear the result of a hundred battles.” His argument is that being in the know puts you in a hugely advantageous position, even more so if you can deceive the enemy, and so a lot of his theories were based upon this principle.

online communication was key to rallying the insurgents

It’d be interesting, then, to see how Sun Tzu would construe and perhaps use social media in a war scenario. It is, after all, a way of accessing and trading information with and about mostly everyone these days—it’s an advanced logistical system that favors those age-old strategies. There’s certainly an argument to be made for the ubiquity of social media making it one of the most powerful weapons of this age. Sun Tzu would probably have recognized it as such, as did the five-person team behind FateOS; one of the entries to the Ludum Dare 32 game jam.

FateOS interprets the “unconventional weapon” theme of the jam in the context of the Arab Spring protests and demonstrations. This “weapon” ends up being social media which, if you don’t know much about Arab Spring, may seem a little odd. But it’s a fact that online communication was key to rallying the insurgents and therefore is thought to act as a critical component to that revolutionary wave around the Middle East and North Africa.

Maha Taki wrote in the editorial introduction to a series of critical essays on the role of social media in the Arab uprisings, that the “2011 events across the Arab world have brought ‘social media’ to the forefront, with many crediting Facebook, weblogs and Twitter with facilitating the revolutions that have taken place.” Social media not only supported these uprisings, then, but may have made them possible in the first place, such is the significance of online networks to the mobilizing of people in the streets.

FateOS distinguishes this much from the start. Its ending, however, reveals the complexity that can be built into social media when using it as a tool in conflict. That much you can find out for yourself, as to to reveal it beforehand would be to spoil the final twist that is critical to the experience. But to explain how the game works is simple enough: it’s a visual novel that has you talking to two insurgent leaders by email. The setting is a fictional country by the name of Chretania that has a population who has spent years living under its president’s reign of terror—it’s time for a change.

The leaders come to you for information regarding the demands of a union of port workers as well as the movements of the High Priest Grigori. These two chapters are major opportunities for either party to gain supporters and, they hope, rise to prominence. It’s up to you whether you give one, both, or neither of the leaders the information. How you arrive at your decision will depend on how you assess their motives and goals after trading emails with them. On one side you have the Free Chretania Alliance, who wants to discredit the president and form a new government under its own rule, but you may see them as lacking structure. Whereas the National Liberation Army knows exactly what it wants and how do it—restore faith in Chretania’s citizens to bring about peace under God’s morals—but at the cost of what bloodshed?

Entering the third chapter means that you have witnessed a major incident. You’re left to decide as to whether one of insurgent groups was responsible for it. And it’s at this point that you really start to realize how social media has empowered you to bring huge changes in the country. It’s almost as if you’re the judge sitting in a high court listening to the statements of the defendants. But you’re not. And the game emphasizes your remoteness through its introduction and computer screen interface. You are just a person sat in front of a computer, no one in particular, but the headlines you read on news sites show you how impacting your decisions are.

You can play FateOS for free in your browser.