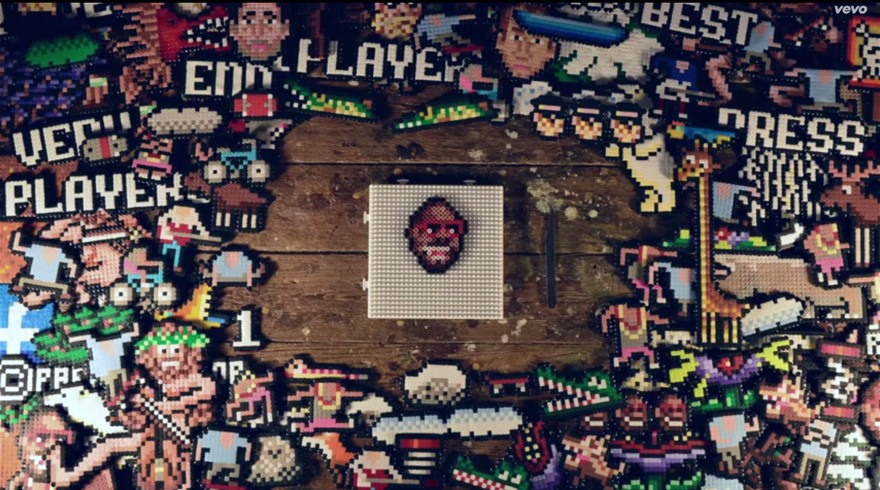 If you enjoy something in popular culture, especially a film, it probably has an 8-bit version. The films of Wes Anderson? Check. The Avengers? Check. Shakespeare? Check and double-check.

It’s hard for a work of art to serve multiple masters.

The 8-bit cinema genre has an uncomfortable relationship with its source material. 8-bit remakes are, without a doubt, tributes to the originals that inspired them. They are also odes to the good old days when 8-bit graphics were considered cutting edge. And therein lies the rub: it’s hard for a work of art to serve multiple masters. Transforming a complicated cinematographic composition to 8-bit form can feel reductive, as if to imply that 8-bit art is in some way simpler. Of course it isn’t, but that’s the risk inherent in reducing a video’s number of bits.

The music video for The Very Best’s “Let Go” is the corrective to this trend, and an ode to the excruciating pain that goes into making 8-bit art. Made by Swedish artist Pappas Parlor, the video shows the duo navigating two sidescroller-style levels. And while these characters are shown in 8-bit style, they’re not made of pixels. Instead, everything in “Let Go” is made out beads. Wired reports that all the beading and filming took over a month to complete. That’s a lot of beads.

The work that went into “Let Go” shows. The beading gives each individual pixel a physical presence. And this feeling extends to all 8-bit videos. A lot of work and thought goes into the 8-bit Avengers and Shakespeares of this world, even if the toil is not apparent to the naked eye. You might not want to see every 8-bit rendition in beaded form, but doing so does give you a greater appreciation of their artistry.