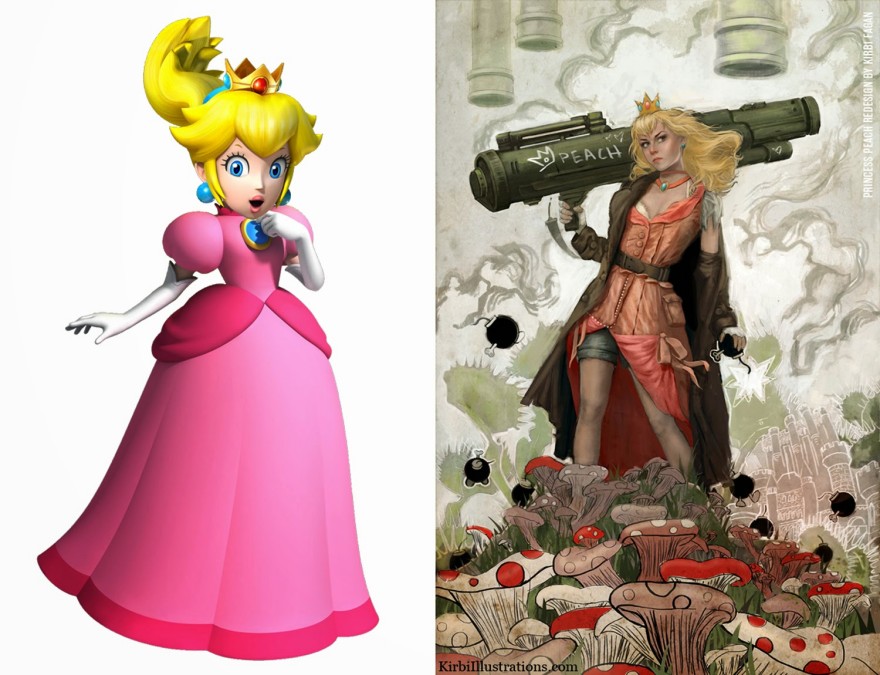 “Suppose, for instance, that men were only represented in literature as the lovers of women, and were never the friends of men, soldiers, thinkers, dreamers; how few parts in the plays of Shakespeare could be allotted to them; how literature would suffer! We might perhaps have most of Othello; and a good deal of Antony; but no Caesar, no Brutus, no Hamlet, no Lear, no Jaques—literature would be incredibly impoverished, as indeed literature is impoverished beyond our counting by the doors that have been shut upon women.” – Virginia Woolf, A Room of One’s Own

When Virginia Woolf was asked to give a series of lectures on the topic of “Women and Fiction,” she went straight to the library to research the state of women in literature, only to discover something odd. To sum up her findings, she asked her all-female college audience: “Have you any notion how many books are written about women in the course of one year? Have you any notion how many are written by men? Are you aware that you are, perhaps, the most discussed animal in the universe?”

Despite the fact that women dominated male-written literature, their portrayals were “quite an odd monster indeed.” From author to author, Woolf noted how female characters tended to oscillate between the characteristics of a winged harpy cut from pure evil to the virginal saint encapsulating the essence of beauty itself. As one of these supposed female creatures herself, Woolf felt confident declaring that these mutated nightmare-fantasies of the male psyche “have no existence in fact.” And, worse still, these depictions of “women have served all these centuries as looking glasses possessing the magic and delicious power of reflecting the figure of man at twice its natural size.”

There is something so immeasurably uncomfortable about the fact that most portrayals of women in media remain to this day inventions of the male psyche. To be clear, I in no way believe we should stick to writing about our own genders. But even a century after Woolf’s time, women are still fighting for the right to have any sort of say in how they get represented in popular media.

mutated nightmare-fantasies of the male psyche

There’s no clearer illustration of just how uncomfortable this dissonance can get than the standard depiction of women in popular comic books and videogames. Over at Muddy Colors (a popular Internet fantasy art collective), book cover art director Lauren Panepinto decided to take matters into her own hands. Rather than wait around for the century when women will finally get the chance to depict themselves on a large scale, Panepinto decided to ask the professional artists in her “Women in Fantasy Illustration” group to go ahead and do the industry’s job for it. But better.

The twenty-five reimaginings of iconic female characters they produced aren’t just awesome; they’re telling. Panepinto raises too many salient points in her blog post to cover here. But one of the most important distinctions she makes is that what women want from the portrayal of fictional women isn’t a checklist of Strong, Positive Female Characteristics. As the diversity of the collection demonstrates, “each woman’s point of view is different, [so] the redesigns reveal what is most important to that [particular] woman.”

“There is no one right way to depict a woman character,” she explains, “and it is not as simple as ‘cover her up more’ because, as you’ll see, some of these redesigns are sexier than the original.” It’s true: I dare you to look at the side-by-side comparisons and not find the illustrators’ rendering more engaging. That’s because, as Panepinto advises, you’ll find that “thinking of a sexy woman as a subject instead of an object will make your art better.” Despite the claim some make that women who ask for diversity “ruin the fun of geek culture,” these renderings in no way subtract from the sexiness, playfulness, or fun of the character. Instead, the illustrations add a layer too often missing from the typical portrayal of women in videogames and comic books: agency.

Often times, the descriptions provided by the female artists lament how the original designs either negate logic or lack authenticity with the established lore. In Carly Janine Mazur’s redesign of the Great Fairies in Ocarina of Time, she explains that “as a fairy I believe her minimal ivy-covered ‘outfit’ is very appropriate—except the boots, she’s a fairy, get rid of the boots—however, I have always felt the need to give her face a makeover to rid her of the ‘lady of the night’ vibe.” Mazur’s rendering is unequivocally more befitting to the character and Zelda-verse—not to mention less awkward than a fairy screaming orgasmically before she gives Link an upgrade.

By now, it should be abundantly clear to everyone that these are not “feminazis” who are “censoring” fan-favorite characters with their “rules and restrictions.” The illustrations are deep dives into these fictional worlds, from fans who believe these awesome female characters deserve more respect than their original designs give them.

A few key themes arise in the descriptions of what they want changed about the typical representation of women in games and comics: more variety, more inventiveness, and more practical, true-to-canon character design. Looking at the collection as a whole, it becomes obvious that what these women want in women characters is really just better art.

We want the kind of diversity, agency, and attention to detail afforded to the badass male characters in videogames and comics. We’re sick of lazy designs which weaken otherwise badass female characters in the name of industry standards and conventions. We want our female characters to stop reflecting the fantasies and nightmares of male creators and audiences. As Woolf might say, if you don’t believe in doing that for the sake of equality, then believe in it for the love of your medium. Because if literature has been impoverished by the doors it shut to women, imagine what that’s done to videogames.

You can read the original blog post and full gallery here.