Rich Vreeland, otherwise known as Disasterpeace, broke through in 2009 with his work on the Fez soundtrack. Bathed in cathedral reverb and keening synthesizers, it instantly joined the Bastion and Sword and Sworcery soundtracks in establishing a distinct sonic identity for independent games. He recently made the jump to film, scoring David Robert Mitchell’s singular horror movie It Follows. Vreeland’s synth score veers expertly from slashing Herrmann strings to gentle atmospheric beds to the occasional throwback arpeggio, all of which work seamlessly with the film’s gauzy visuals. It Follows hits home video today and now you officially have no excuses left as to why you haven’t seen it.

Kill Screen: Your style is instantly recognizable. How would you describe your sound?

Rich Vreeland: I’m not sure. Impressionism, minimalism, videogame music, prog rock, film music, jazz … these are where I’ve drawn most of my musical inspiration over the years. So I guess it’s an amalgam of all of my influences, and my particular set of tendencies when it comes to performance/production/theory/etc. I like playing with rhythmic patterns and I have a pretty specific sense of what I like in terms of harmony and chord progressions in music. I think people tend to pick up on my tendencies when it comes to things like chord progressions, melodies, meter, and aesthetic. I think I’m a pretty discerning listener… I generally know what I like and through the act of listening to lots of music I’ve developed a vocabulary and a certain sense of personal style. I think that all tends to come out in what I do. 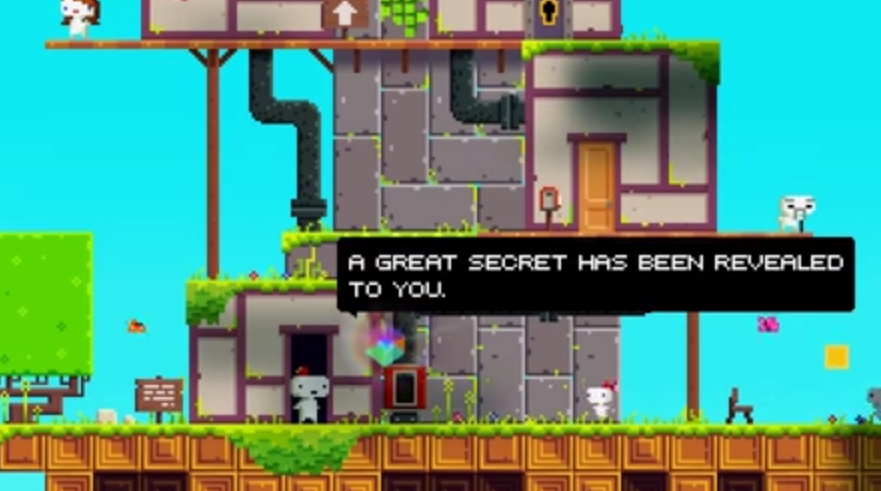 KS: How does the process of scoring a film and scoring a game differ, now that you’ve done both?

RV: Every project is different. Right now I’m creating a procedural music system for a game called Mini Metro. It’s a game where you get to put on your urban planner hat and try to build an aesthetically pleasing, efficient subway system. The work has been probably 90% coding. The music is a sandbox… nonlinear, dictated by a set of rules but always somewhat different. I would say it’s about as far from a film score as you can get while still using digital tools. Scoring for linear media on the other hand feels a lot to me like doing a jigsaw puzzle. I generally see the trajectory ahead of me, and I see what I need to do, and then I do it. It’s not always smooth, but it’s working within known confines. Working on a non-linear project can be overwhelming. It’s only when I’ve clearly and absolutely defined my own limitations/ruleset that I’m able to get over the hump and complete a project like Mini Metro.

KS: Tracks like “Jay” off the It Follows soundtrack have this sort of weightless, elegiac quality that goes perfectly with the film’s aesthetic, and others are full-on noise. At what point were you brought on to the film? Were you able to grasp the vibe immediately?

RV: David reached out to me very early. I believe he already had a script, but had not begun filming. The vibe for me was up in the air pretty much right until I started writing to picture. We had talked about doing a more hybrid score at first. I wanted to experiment with using guitars. Part of the reason that didn’t happen is that we ran out of time. The film got into Cannes and instead of half a year, we had three weeks to score the film. The only way I could score a feature in three weeks was to stick with synths, and that was on our radar anyway so it worked out just fine. David put together a comprehensive temp score for the film that helped to nail the general vibe, function and energy of the score.

KS: The film has a timeless aura, or at least it lacks any firm handholds that would place it in a specific era. It’s a synth score, obviously, but the music stays away from the Carpenter/throwback sound that a lot of smaller horror movies have been fishing for lately. Was this a conscious choice?

RV: You’re the first person to say that! Nearly everyone I’ve talked to immediately places it squarely in the realm of “Carpenter” homage. We did use some Carpenter material as tonal reference, but I used the temp score more as a reference point for pacing and emotional objective than anything. Intentionally going for someone else’s sound is quite frankly, kinda boring, so I never really strive (or want) to do that. I don’t really think of the music of this film as overtly 80s (except for maybe “Detroit” and the themes related to that), I think I just happen to make music that elicits that response in people. Plus, I grew up in the 80’s, so maybe there’s a bit of inevitability there.

KS: What would you say the role of the score is in the film? Did you write as accompaniment or counterpoint to the visuals? Certain scenes, like the blood in the pool, are a startling union of sound and image—everything sort of builds together into one crescendo.

RV: We wanted the music to play an active role, as if it was a character. The music demands the attention of the audience in scarier moments. In calmer scenes, I think it helps engage the moviegoer by adding emotional weight. We tried to pick our spots. We always took care to give the film and its dialogue the space it needed.

The music tries to build empathy for the characters. They seemed quite real to me already, but I tried to help how I could. In the scarier moments, I was more focused on creating a twisted landscape.

We wanted the music to play an active role, as if it was a character.

For a lot of the cues, I tried to use my synth chops to make weird, dark, obnoxious pieces of music. I find that thru-composing to picture feels natural. I enjoy the freedom it provides in making subtle, time-sensitive adjustments. The elephant in the room for me was the FEZ soundtrack. That music was a direct influence on many of the melodic pieces. I tried to honor those and make David happy while also doing something fresh. It was tough! I think I managed, for the most part.

Timing and dynamics are crucial to the music but also in its correlation to the screen. At some point, the process became more about intuition than anything. I’d watch the same scene over and over and its connotation to me would change. The visceral reaction subsided, and it became more about the intellectual aspect. Why is this scary? What could push that emotion even further?