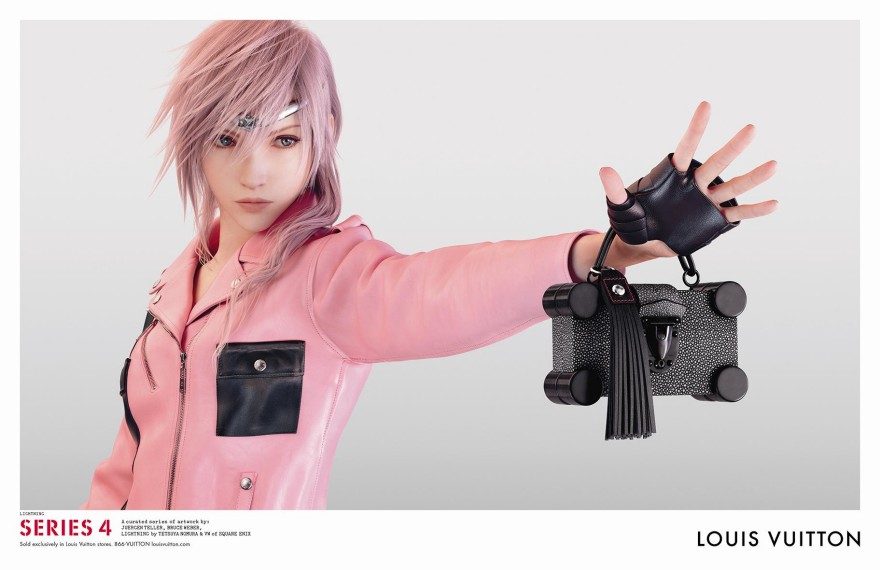 Fashion is basically LARPing at scale. You decide on an identity to take on for the next few hours—a functional person, a grown up, someone loveable, Matt Bomer’s character on White Collar—and then you give it the old college try. Results may vary.

This is not Lightning’s first foray into the world of high fashion. In 2012, the Japanese men’s fashion magazine Arena Homme Plus published a spread in which she wore the latest duds from Prada:

Insofar as games can serve as environments in which players try on different identities, it makes sense that they would have a certain overlap with fashion. Getting dressed or dressed up is also an opportunity to experiment with identity, though sometimes the stakes feel higher than a game. This is probably not the synergy Square Enix was interested in, but it is nonetheless the one that comes to mind when looking at the pictures of Lightning.

As with Lightning’s previous foray into modelling, fashion appears more welcoming to this sort of gender bending than society at large. This is not to say that fashion and gaming are perfectly accepting or open-minded; both fields can have blind spots when it comes to body type and racial diversity. Yet an acknowledgement of these shortcomings can exist alongside the recognition that both mediums allow for some much needed opportunities for experimentation with identity. Their credits will hopefully come to outweigh debits in that regard.