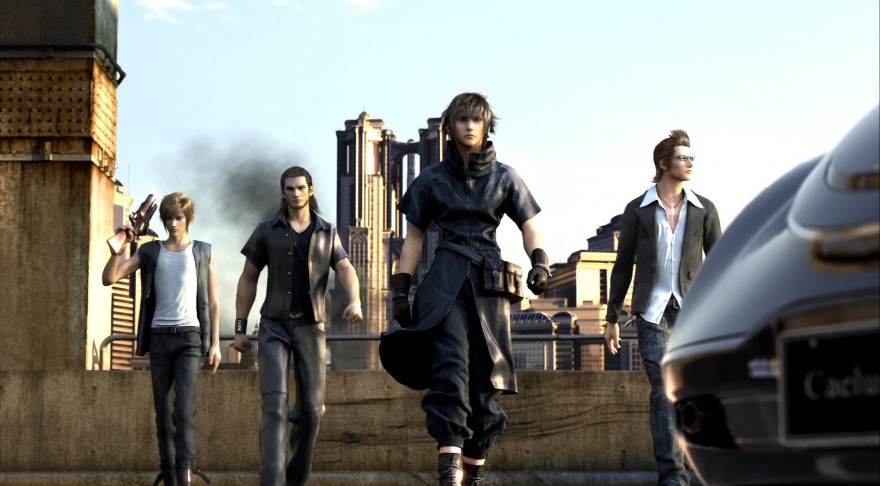 There are not many other genres where four people with perfect hair, wearing all black, can ride around in a convertible that combines the suicide doors of a Rolls Royce with the bold roundness of an Audi, casually killing everything that they come across, and there be absolutely nothing be wrong with that picture. Oh and I guess one of them is a prince? Still nothing wrong with that.

That’s the beautiful thing about the JRPG, Final Fantasy, and Square Enix. None of them are afraid to go to strange places and do strange things while they are there. Final Fantasy has never been about just doing the same thing over and over again—it’s about doing the same thing over and over again in gloriously weird locales. It’s about trying to save their version of Gaia one moment and then traveling through time to fight some kind of lunar space witch. Riding around the countryside with your bros, popping out to fight some monsters, and doing it all in the name of saving the world or whatever fits perfectly into that design aesthetic by wildly breaking from it.

Square and Enix have a combined 45 years of experience in this sort of game design, and they’ve been fairly accused of conservatism before. Final Fantasy XIII, for example, was accused of being just a 60-hour hallway filled with random battles. If this new trailer for Final Fantasy XV is any indication, they’ve internalized that criticism, but rather than change they’ve melded it to the aesthetic, to wonderfully bizarre ends. Hallways are boring, but road trips are the best.