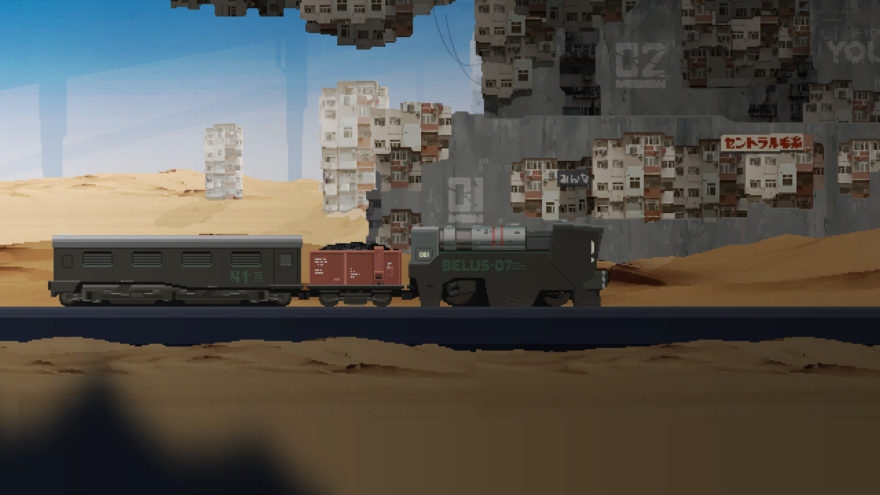 If we understand the “zombie movie” as a particular set of plot beats and characters, George A. Romero’s films are what brought that to the mainstream. There’s a mysterious disease, followed by lots of killing and running from zombies, then—in Dawn of the Dead (1978) and Day of the Dead (1985), at least—some number of our heroes escape by helicopter.

Valve’s Left 4 Dead series ends up making this into a bit of a joke—each campaign is advertised with a movie poster, and ends with the players making their way to a vehicular rescue before they’re dropped into the next campaign, looking to hop on a plane this time, rather than a boat. Focused on the action, traditional American zombie media lets rescue stand as an ending—with zombies on the loose, it’s best to leave it there, rather than figure out what travel and survival mean.

I’d rather just hang out in the cabin

It’s funny, then, that The Final Station is so good at the journey. It’s not a new story—there are not-quite-zombies, the government’s keeping secrets, nobody’s safe—but here the player takes the role of a train conductor providing rescue, rather than a survivor seeking it. Characters fade in and out, taking passage where they can get it, and the army is using your train to ship different varieties of secret cargo from city to city.


The conductor spends a lot of time on the train running from the food supply to whichever train parts are malfunctioning—a minigame to keep you on your toes as the train moves between cities. In those destinations, the conductor has to hop off the train and hunt for a four-digit access code to keep going. This means rifling through papers and medicine cabinets, and fending off monsters. I have to manage my ammo supply. I have to feed my passengers, and patch them up with medkits that I’d rather save for my own zombie-induced scrapes and bruises. But having to kill or even outrun the zombies that infest these cities feels like a distraction. I’d rather just hang out in the cabin and watch my passengers argue about what they think is going on.

The Final Station isn’t quite scary, but it is sinister, and the creators at Do My Best manage to build a brooding atmosphere out of short bursts of dialogue and notes left behind. Passengers dismiss each other as crackpots or traitors, and soldiers and scientists let slip some things they shouldn’t. The zombie outbreak and the government’s silence are old tropes made compelling by the close quarters of the train car that force a plurality of opinions into harsh relief.

You can purchase The Final Station on Steam. Find out more on its website.