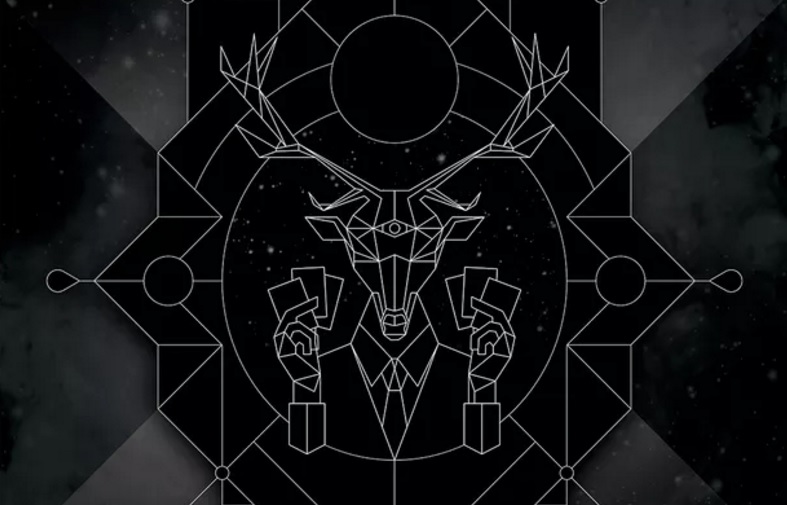 If you have a bunch of weirdo friends who think it’s normal to be weird (and why wouldn’t they?), boy have we got the card game for you.

The strategic party game DEER LORD! is basically a trying-to-assimilate-to-society-but-can’t-because-you’re-too-weird simulator. It’s described as being ideal for a group of friends that likes to “deceive, manipulate and confuse each other,” because the basic premise is that you must trick other people into thinking your weirdo tendencies are normal.

Each player draws five cards from the deck that give them the option to either “duel” with another player, or instructs them to “do something.” Duels are won by who performs the action on the card the best. So if the instruction is to tell the story of a sordid love affair between a spoon and a fork, you better tell the hell out of that story because your fellow players will determine who wins.

The “do something” cards are where it gets really interesting. These cards are used during other players’ turns, and instruct you to do things like “tell a boring story” or “start kicking another player.” The catch is that you can’t be too obvious, or another player can call you out by shouting DEER LORD! which means you’ve failed to be sneaky enough in your weirdness. Acussers must tred carefully, though, because wrongful accusation will set them back in the game.

you’ve failed to be sneaky enough in your weirdness

DEER LORD is basically like the game BS, only for the millennial generation. Combining non sequitur humor with the fun of deceiving your friends, it’s the perfect party game for a generation that’s adept at anonymous ironic humor on the internet. The creators are even advertising some expansion packs that range from “gangsta” to “flirty.”

Ultimately, what’s great about DEER LORD! is that (as the creators point out in the video) it encourages people to unleash their inner weirdos, since that’s the best strategy to win the game. And I mean, don’t you kinda wish life was like that: rewarding you for your strange-ass behavior that everyone else only barely puts up with?