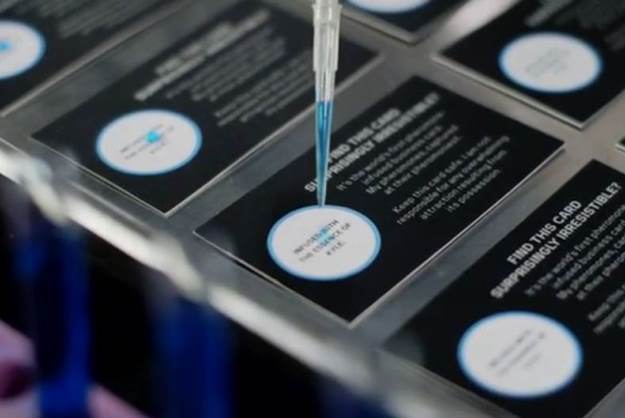 AXE has always been known for its over the top marketing claim that wearing the brand’s products can make men completely irresistible to women, so much so that women literally forget themselves and just fall over these AXE-wearing guys. It’s called the “AXE effect” and the brand has been using it in all its advertising and marketing stunts for as long as people can remember.

The “AXE effect” has mostly been relegated to the brand’s video ads, and not so much in the real world, but it looks like some folks might have a chance to experience it for themselves via the pheromone-infused business cards of the brand’s marketing team.

Toronto-based advertising agency UNION has brought the “AXE effect” into real life by infusing the business cards of the AXE brand’s marketing team with each staff member’s own pheromones, the chemical factor that supposedly triggers a reaction in members of the same species. 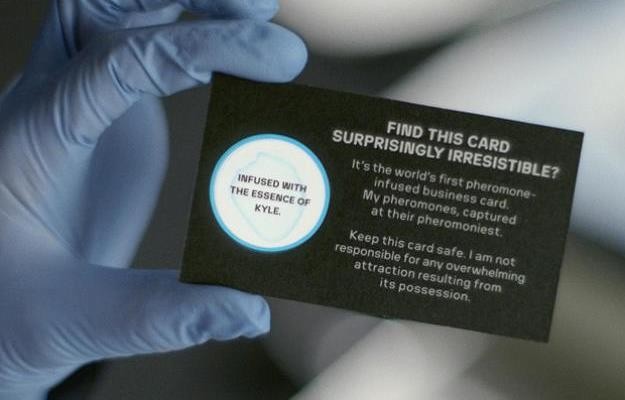 A video released by the ad agency shows how this was achieved. Each marketing associate was asked to provide a sample of their pheromones. That is, they were asked to give a sample of their sweat at the height of physical exhaustion. The video shows two guys pedaling like mad on stationary bikes then submitting their sweat-soaked headbands to folks in white lab coats. The samples were processed to isolate each associate’s “essence” and then distilled into a concentrated solution. The extract was then applied in a specific quantity to each associate’s new business cards. The result was the world’s first ever batch of pheromone-infused business cards.

Each of the business cards supposedly contains more than just the marketing team member’s name and contact information. It also contains the “very essence of that person’s attraction.” Each card indicates that it is infused with the essence of that particular staff member. The card also includes a disclaimer that says, “Keep this card safe. I am not responsible for any overwhelming attraction resulting from its possession.”

This new twist in AXE’s marketing campaign is apparently in line with the brand’s new strategy, which is to focus more on how the brand boosts men’s confidence rather than on how the brand helps attract the opposite sex.