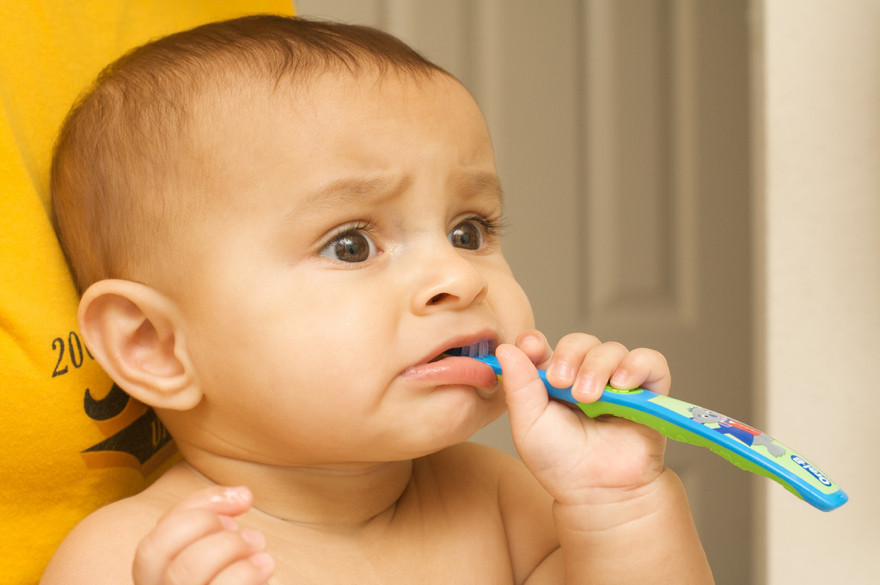 For as long as I can remember, my visits to the dentist have ended in the same way. “You have good teeth,” she tells me, “but you need to brush better.” Since her tools are still in my mouth, I groan in agreement. What else can I say? If sharp metal tools were not invading my cavity, I might ask if she tells all patients that they must improve their brushing. Heaven only knows I should, but the recommendation feels detached from recent performances. I occasionally think of tooth-brushing as a game where the goalposts are constantly being moved.

Grush is not that game, but it is a game about brushing your teeth. Intended for young children who would rather play videogames than brush their teeth, Grush syncs a motion sensor-equipped electric toothbrush with proprietary games like “Monster Chase” and “Brush-a-pet”. To win these games, children must use the range of motions that correspond with a thorough brushing of their teeth. For good measure, parents can download reports on their children’s brushing. (Just imagine the dinner-table conversations: “Son, you need to produce more lateral G-force!”)

From the clips shown in Grush’s promotional material, the games connected to the toothbrush are pretty straightforward. They exist to guide your toothbrush around your mouth and that’s about it. There is no sign of overarching narratives, which might be a lost opportunity. Come back and brush your teeth after dinner for the next chapter in the story!

In that respect, Grush represents gamification, the startup world’s infamous buzzword as much as it does videogames. To wit, it is currently being shown off at CES, the annual cesspool of electronic device buzzwords and gimmickry. Grush’s games are not diversions so much as they are means to an end. In this case, perhaps artlessness is a worthy price to pay for good teeth.