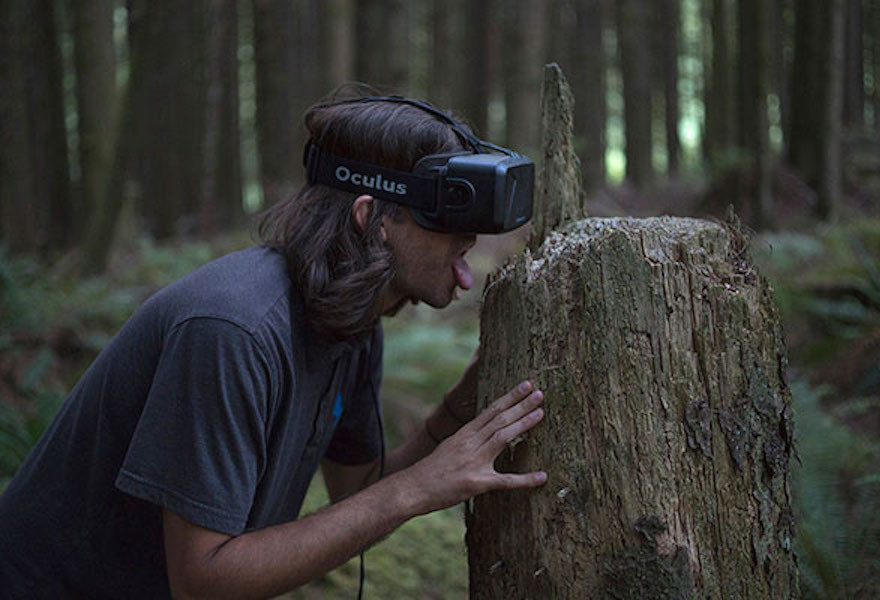 As tablets continue to move into schools and games like Minecraft (2011) are repurposed to educate, the idea of gamification, or using games to teach students about the world, has been gaining popularity as of late. However, as an increasingly diverse artistic medium of its own, others are developing new ways for students to learn about games themselves. Described as a series of “speculative projects for game art students,” Finals Fantasy has gathered together a small group of notable artists, educators, and critics to challenge and expand how game design is taught. (Oh, and so you know, Kill Screen founder Jamin Warren and former Kill Screen intern Nina Freeman are both involved with this project.)

Originated by University of Oregon art professor Rick Silva, the project asks various noteworthy figures within videogames to devise a series of lesson plans for students and teachers to use as they please. There are 13 participants in all, including Sunset (2015) co-creator Auriea Harvey, singer and science writer Claire L. Evans, Kentucky Route Zero (2013) co-creator Jake Elliot, and Anne-Marie Schleiner, who has been creating games to comment on issues such as gender and the military since the 1990s, and who currently teaches in the department of communication and new media at the National University of Singapore.

expand how games are taught

Entries range from the more straightforward to the experimental. Schleiner, for instance, asks students to make a three-to-eight minute long game based around the concept of ilinx; or disorientation, irrationality, and dizziness. “Although your game should convey a sense of disorientation to the player,” she explains, “the game should have a structured and defined core play mechanic.” Meanwhile, New York videogame gallery Babycastles takes the pun in the project’s name literally, asking a series of questions prompting students to reconsider longstanding trends in the Final Fantasy series of role playing games. “What if Aeris didn’t die?” they ask. “What if Lifestream smelled bad?”

I think my favorite entry, though, might be from virtual instrument developer Paul Slocum, who simply asks that students make a game with a central goal that is impossible to complete, before demanding “The game shall not be emo, twee, funny, spiritual, or political.”

As computers become more powerful and access to programs like Unity and Game Maker becomes easier, the barrier to entry for making videogames continues to shrink. While college and university programs dedicated to teaching students game design have become more prevalent alongside these advances, there are also an increasing number of developers who are self-taught. As more creators begin to question established trends within games, Finals Fantasy hopes to be a tool for anyone, from any background, asking themselves what exactly a game can be.

You can check out Finals Fantasy’s full lesson plans over on its site.