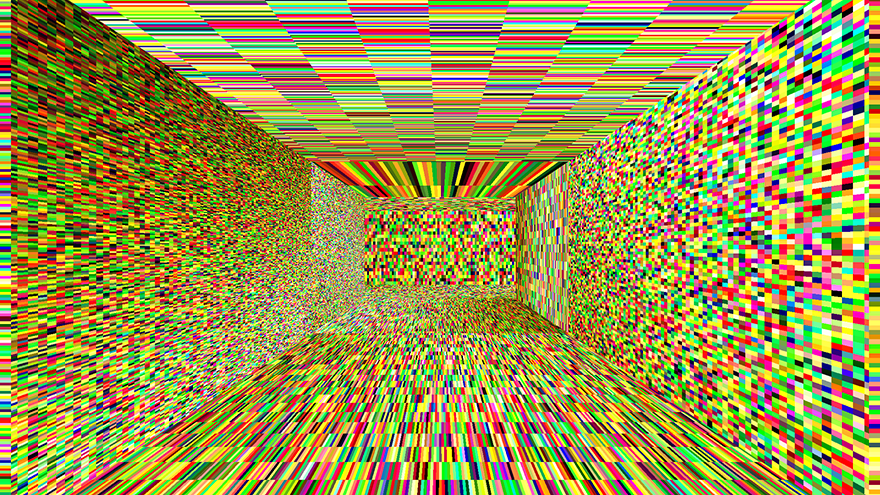 A strategy to use when exploring ruins in Dungeons & Dragons is to hug the wall. Have the beefiest party member (preferably a halfling barbarian) lead the way—not necessary, but a warrior knows how to survive. When presented with the option to turn either left or right, pick the latter. Always. The party will always find their way out eventually, even if it takes two hours.

With this in mind, I travelled through the ever-changing environment of The Catacombs of Solaris. It’s a “mind-bending” first-person exploration game created by Ian MacLarty in which the goal is to “find your favourite room in the catacombs.” Taking the D&D approach, I took every right turn presented to me. Although there is no exiting the catacombs, I pictured myself as though I were a guest in a museum dedicated solely to the works of a Jackson Pollock who threw cans of pixelated bits and bytes instead of paint. 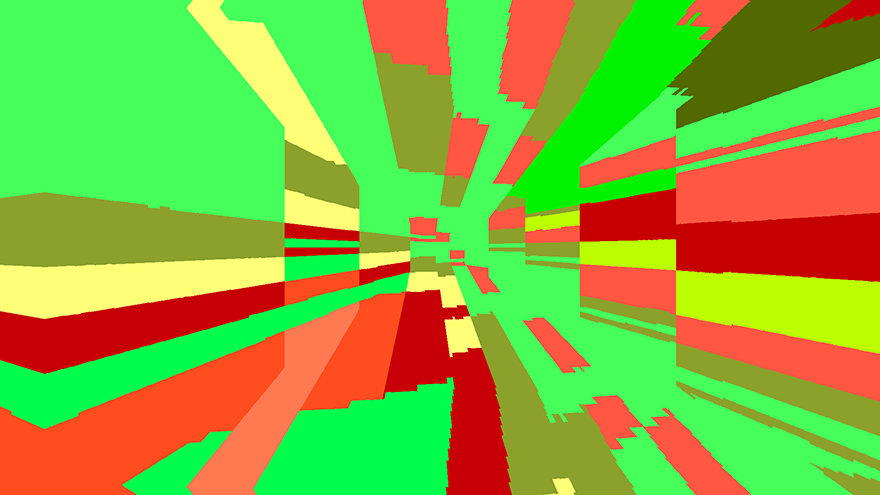 Movement was a little disorienting at first. The arrow keys are used to look around as if turning your head, and if there was a room that seemed appealing, it would change shape as you approached. The colors and patterns of the surrounding walls looked as though they were shrinking as I walked towards them.

The experience was vaguely that of a funhouse attraction that featured mirrors that would bend and warp your figure. Each room had a distinct style. Some looked like TV static. Others looked like marble. But for the most part, everything was abstract. Since there was no music in the catacombs, I was free to create whatever experience I wanted based on the soundtrack I was listening to.

After a little while I was able to find my favorite room. It looked like I placed a kaleidoscope over my eyes and spun around until I became dizzy. Then I turned to the right and began walking once again. The game only asks that you do the same. 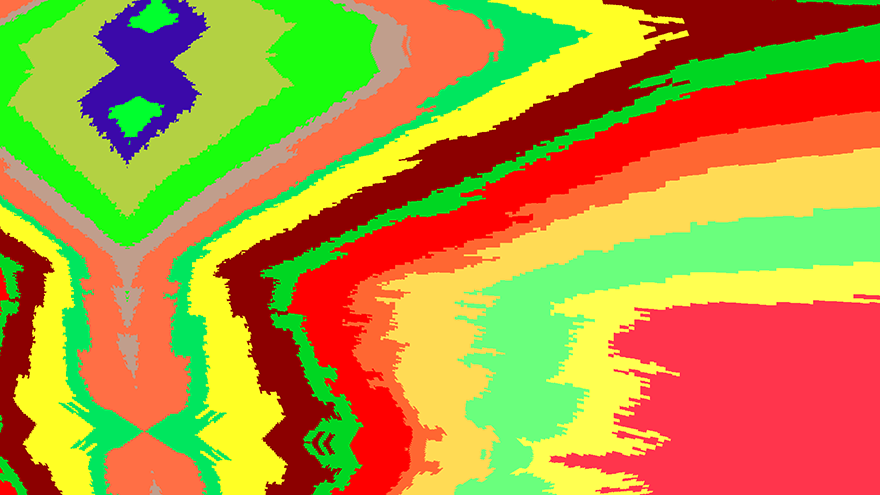