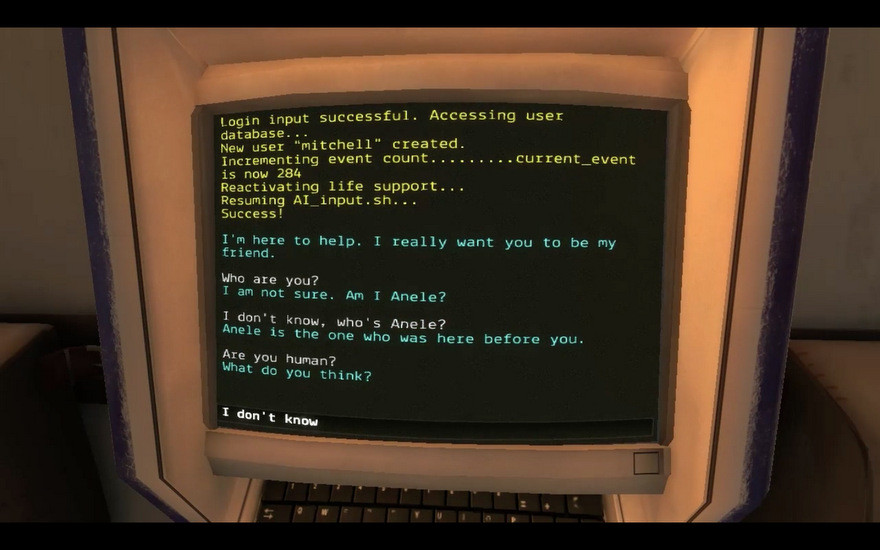 Apart from biological threats, climate change and nuclear weapons, another item in our list of fears is artificial intelligence. In the last couple weeks, people like Elon Musk, Stephen Hawking and Bill Gates have spoken forebodingly about how super intelligent machines could be a threat to the human race if we aren’t careful. Videogames like Portal and System Shock, among many other sci-fi works, have shown us how our greed for achieving perfection can be our doom. Now another game wants to tackle this issue offering a more intimate relationship with an A.I.

Roles between humans and machines have evolved.

The development team behind Event[0] has released a twenty-minute demo, giving us the chance to interact with the A.I. as much as we like and explore the Nautilus, a tourist space yacht.

Like other exploration games such as Gone Home, Dear Esther or The Novelist, Event[0] relies on enviromental storytelling; the player learns more about the story and past voyages of the Nautilus by watching videos, reading small notes and talking with the AI through different terminals on the ship. This is done as a conversation in natural language and is the most appealing feature of the game, as it seems really accurate. Léonard Carpentier, the producer of the game, says that this is done by adding previous player’s imput on every new build. “Anyone can register to be an Event[0] alpha tester, and whenever we have a new build of the game, we ship it to a group of players, asking them for their logs afterwards. We can see precisely where the A.I. fails to deliver a compelling answer and what are the frequently asked questions we never thought about,” he says.

As we get deeper exploring the Nautilus we realize that we don’t have any control over the AI; we are just its guests. The game gives a clear message on how far have we gone and how roles between humans and machines have evolved.

Event[0] began as a six-month student project with 10 people working full time on it, but they’ve gone on to show it at game festivals across Europe. The team is still exploring different options for finishing the game.