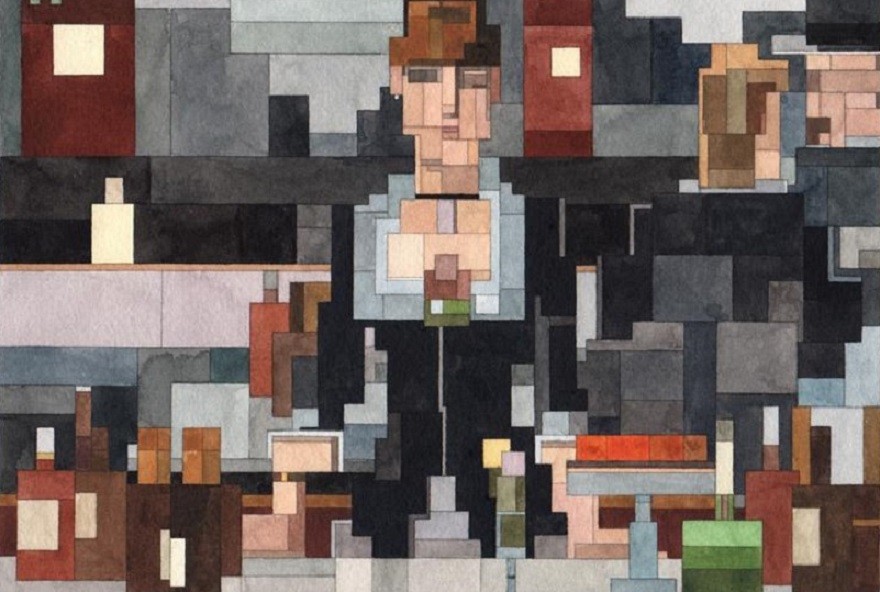 Édouard Manet’s Le Déjeuner sur l’herbe was rejected by the Paris Salon when he submitted it in 1863. In fact, so may paintings were rejected that year that the Emperor Napoleon III decided to create the alternative event where these works could be seen and judged by the public at large.  This “Salon of the Refused,” despite including the now historic work of Manet and others, was treated more like a freakshow of aesthetics than a showcase of France’s avant-garde.

The public’s mockery of Manet’s paintings was ongoing, as were allusions in his work to the prostitution scene in late nineteenth century Paris. Perhaps the inspiration he drew from past masters only added to the perceived insult of these works. Le Déjeuner sur l’herbe, for instance, shows connections to Giorgione’s The Tempest and Titian’ The Pastoral Concert from the early sixteenth century. By taking the nude figures out of their allegorical context and instead situating them in the contemporary setting of a picnic in the park, Manet’s piece was as scandalous as it was modern. It spoke to his present moment not by ignoring the past but by scrambling and re-deploying it.

Adam Lister’s re-imaginings of Manet and other artists’ work operates in a similar, if less controversial, manner. While often praised for their 80s and 90s, early videogame aesthetic, recalling the days of the Atari and NES, Lister prefers a more expansive view of his paintings. “I would describe my paintings as geometric deconstructions,” he says. “They are not 8-bit, but I would say they are ‘8-bit inspired.’”

a sea of lines, tones and corners

His version of Titian’s Venus of Urbino draws a particularly interesting contrast with the original. Reconstituting Titian’s soft curves and warm blending of oil pigments with angular swabs of watercolors has a flattening effect that re-orients the viewer’s gaze to the figures in the background. A lump of browns and whites at the foot of the bed provides compositional balance but in no ways resembles the sleeping dog in Titian’s original, nor does it have its semiotic value.

Manet’s Olympia in many ways also plays off the Venus of Urbino while also being inspired by it. Another shocking display for its time, the harshness and realism of Manet’s lounging nude was considered vulgar, an affront to the idealized representations of the paintings it borrowed from. Lister’s version of Olympia seems to reveal an even plainer subject. Dissolved into a sea of lines, tones and corners, the model feels somehow more disdainful towards the viewer’s gaze. A vertical line cutting down the middle looks even less like a structure in the room than a division between Parisian woman and her servant.

This sort of balancing act is central to his work, Lister says. “As a painting progresses, I try to keep a balance between making a visually simple picture and highlighting the complexities of the original subject matter.” Partly he sees his role as being a translator, turning one form into another by way of a geometric language he can use to visually describe something.

In this way, he considers his interpretations each the result of a process that strives to break down the originals into their key ideas and visual components. As he told The Creators Project, “I’m paying special attention to the subtleties in color and the handling of each composition.” It’s process not unlike trying to decipher an old code, he explained. The re-coding that follows thus provides not so much an 8-bit remix of the original work as a geometric excavation of the visual principles animating it.

You can see Adam Lister’s various work on his website.