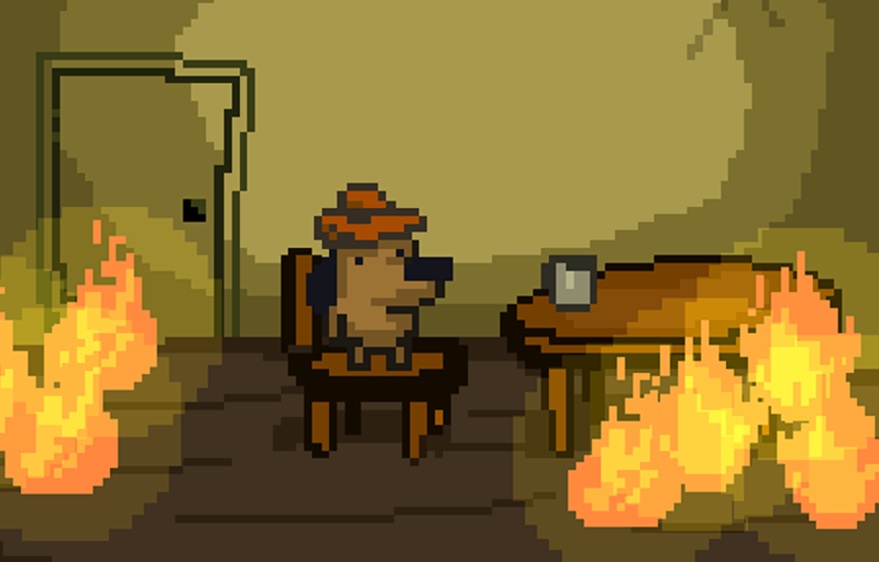 Just over a week has passed since Donald Trump became the United States’ president-elect in a historic upset that rattled the hearts and minds of progressive America. Like so many others, I watched the final hours of the election in tears as the inconceivable became our new reality. Since last Tuesday, a significant spike in hate crimes has been reported, the hateful now emboldened by the election of a man who shares their values.

Protests against Trump have erupted all over the country. Hundreds of thousands of people are taking to the streets to let the nation know that he is “not my president.” Despite these efforts, with the safety of our loved ones and of our ever-warming planet in jeopardy, the future seems uncertain. You might feel like the hapless dog in KC Green’s timeless comic, “On Fire,” putting a good face on while everything is destroyed around it.

we are desperately in need of a pick-me-up

In these dark days, we are desperately in need of a pick-me-up. Nick Kaman’s new game This is Fine, inspired by “On Fire,” might help you to process the gnawing post-election feelings of doom and gloom.

Made in the hopes of capturing how creator Kaman and those around him were feeling after the election, this simple five-minute pixel art game gives the player character—a familiar dog in a hat—a fire extinguisher that gushes pink hearts with which to put out the flames that threaten its home. When one stubborn flame won’t go out, the dog’s friends (a cat, frog, and bird, naturally) arrive and make the most of it, warming themselves and roasting marshmallows by the fire. Set to touching music composed by King Felix, don’t be surprised if you find yourself tearing up as you play.

Comfort yourself with This is Fine here. 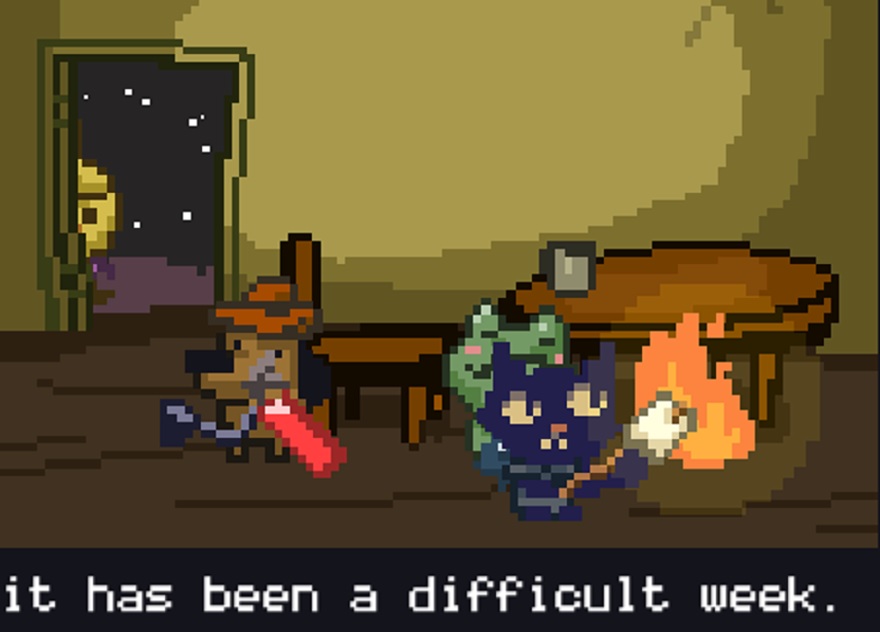