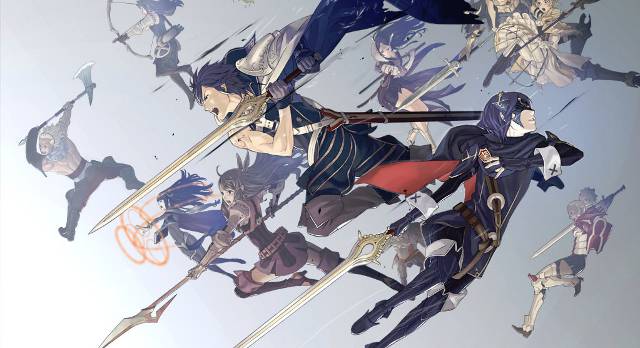 Last week, a demo for Fire Emblem Awakening, the latest entry in a series of tactical-role playing games that dates way back to 1990, was made available for free on the Nintendo 3DS store, and there went my night! You can think of Fire Emblem like chess or go or Djambi, but with less balance and more videogamey things, like numbers and leveling and potions and a degree of randomness.

In general, I’m not crazy about strategy, but something is incredible appealing about these sets of XY-coordinates. Around 1:30 P.M., I was tented under the sheets, engaged in strategical bliss, arranging tiny pixel people in position to engage with an enemy alliance who, from the looks of it, were dog-men and women Canaanites.

Usually, I have the restraint, the moral rationale, the common sense! to deny myself these pleasures of logic. Very much a left-lobe affair, the blend of battlefield heroics and critical hit analysis is, for me, incredibly hard to resist. Though I have trouble finishing ten hour games, in Radiant Dawn, a previous installment in the series, I amassed over two hundred hours one winter. Before each battle, I’d put a good hour into just managing my troops, an olio of ragamuffin upstarts and cat princesses, ensuring they were stocked with long bows and tonics from the apothecary. My first true encounter with the game, that is, the first time I actually got what was happening, I saw the sunrise.

I saw the sunrise.

The reason Fire Emblem is pitch-perfect is because Intelligent Systems have subtly been refining it since the original appeared on the Famicom. A feature that was introduced somewhere along the lines is that your characters can become bonded in friendship on the Cartesian battlefield.

In Awakening, characters fall in love and get married. Though the demo doesn’t get that far, I have noticed my characters fawning over each another, with cupid hearts beating above their faces after dispatching a magician. Knowing that this little pixel man likes that little pixel man, as silly as it sounds, I don’t want to let them down, and I’ll go out of my way to make sure the lovers don’t fall in battle.

Something the series always gets knocked for is “permadeath,” the constant threat that your amazingly charming and high-leveled paladin will be utterly eradicated, never to return. I’d argue this is part of the appeal, but it would fall on deaf ears. Awakening doesn’t do away with it, but you can turn it off.

The new stuff is a splendid addition, but the game remains truly ace because of its incredible challenge. It’s not that the difficulty is good in and of itself, but because it pushes your focus and reasoning to the peak of your intellect. It’s a thinking man’s game, but one that carresses your acumen with finesse and relative ease, so it almost doesn’t feel like thinking. That is because it follows the proverbial adage: easy to learn, hard to master.

So try the demo over the week and prepare to have your intellect dazzled. But beware of Garrik. He’s a dastard!