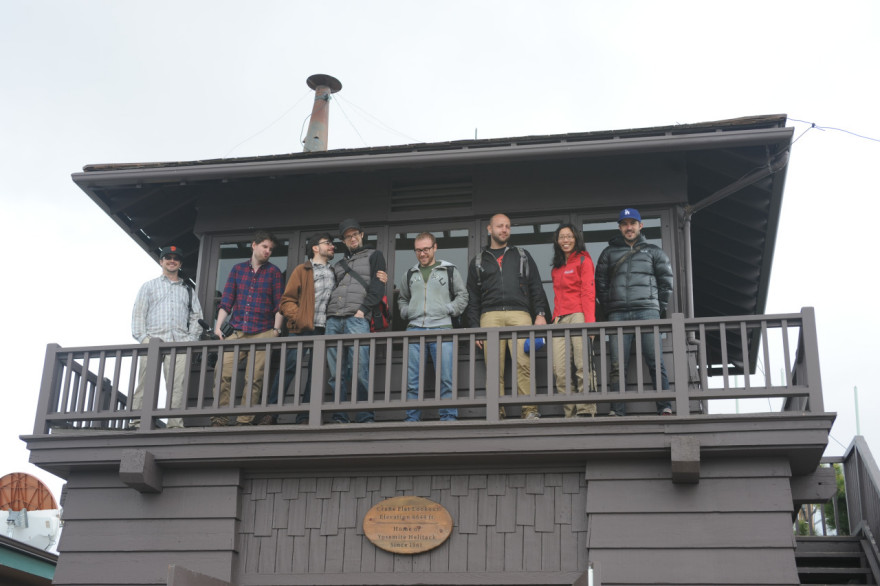 With the February 9th 2016 release date still far out on the horizon, Campo Santo, the studio behind Firewatch, continue to release more fascinating details about the development journey. Most recently, the team brought us outside the digital realm and into the real world, where they’ve been scouting IRL fire towers for reference in the creation of virtual fire towers (in game development, even venturing outside brings you back to the blue glow of a computer screen).

Like many creators, Campo Santo co-founder Jake Rodkin didn’t realize just how complex and multi-varied the subject matter of their game was until they started actually working on it. The function of a lookout tower might sound simple enough: it’s a building that lets you lookout for fires. But each one has to make functional sense with the needs of that particular forest, and each in turn communicates something about the forest it watches over. As senior environment artist Jane Nj explains in another blog post, “Some are built on rocky summits; some are built very elevated to be above the treeline; some have livable cabins on top; some are just a small tiny box just for day time work. ”

In search of the fire tower that would best communicate the ethos of their world, the team spent the past couple years visiting about half a dozen lookouts around western United States. They also took adorable pictures on them too, particularly on the team trip to Yosemite National Park (picture above, which also captures the secret love affair between co-founder Chris Remo and designer Nels Anderson).

Though they ended up choosing a lookout tower that was “classic, iconic and elegant” for protagonist Henry, they discovered the massive amount of possibilities along the way. While some towers “are up on big wooden stilts,” others have to deal with “foundations of rock, brick, or cement, some are built into the side of the mountain.” Others are “cozy log cabin bungalows,” but the higher class ones look more like “small castles built into the rock.” The saddest of them all are metallic and would “look more at home full of prison guards” rather than the peaceful fire lookouts their supposed to house.

Though Campo Santo are hard at work creating a game that captures the world of forest safety, they still encourage fans to venture into the actual wilderness to discover the world of fire lookouts for themselves. Towers are getting rarer and rarer each year, as satellite communication begins to take over as the primary fire safety strategy for national parks. As Jake Rodkin puts it, you are guaranteed a spectacular vista no matter what the fire tower looks like since they were literally “built to give the person inside watching for fires the biggest, grandest view possible.”

You can go to Campo Santo’s devlog to read the entry in full. And if you’re looking to explore the world of lookout towers for yourself, check out the Forest Fire Lookout Association website, which has a directory of towers.