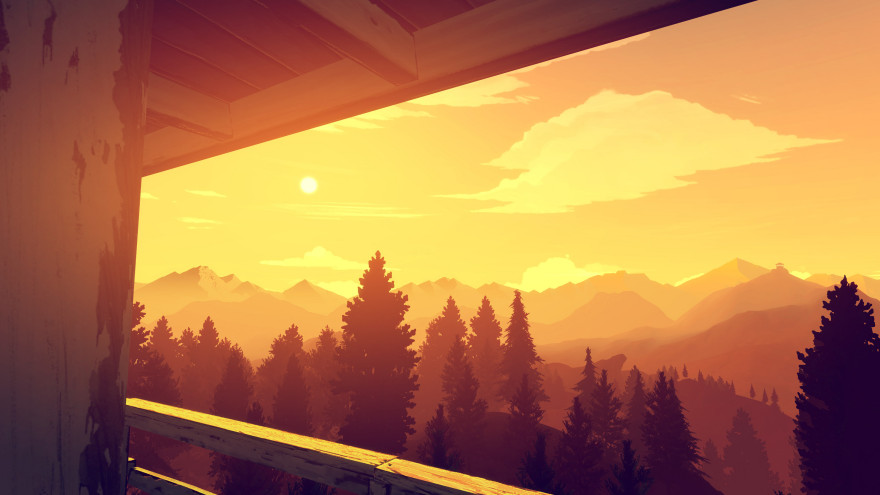 Firewatch gets it. Beauty alone isn’t enough to carry an experience. There needs to be some grit, a bit of dirt, conflict even, to elevate a videogame (hell, any piece of art) from the whimsical to something more. I have a problem with 2009’s Flower and 2013’s Proteus precisely because there isn’t anything to offset that serene beauty, their new-age hokum. But in Firewatch, no matter how gorgeous that sunset or night sky is, there’s always a thick sense of dread. Something to unsettle you. Something to make you tense up. I’m not talking bump-in-the-night, Blair-Witch, voodoo nonsense either. Forget the horror stories we told one another at high-school before those weekend camping trips. The Wyoming wilderness that Firewatch quite brilliantly captures is uneasy, eerie in its quiet.

I felt like I was being watched throughout the whole thing

You are a fire lookout called Henry. And you are, for the most part, physically alone in Firewatch. There’s Delilah, your lookout colleague, but she’s stationed across the valley, communication maintained via your radios. And sure, there are those prototypical skinny-dipping teenagers, but they appear as silhouettes in the distance, and nothing more. So it’s mostly just you and Delilah. And while she may be your remote companion even she’s not always a reassuring presence. She’ll guide you from her fire lookout; she’ll know where you’re at, what you’re doing, but her omniscience is disconcerting. It’s antithetical to the solitude you expect from the wilderness.

But it’s not just Delilah that breaks the spell of solitude, it’s the lookouts themselves. They’re alien structures that loom out of the rock formations, interrupting the Wyoming idyll with a kind of surveillance dread. I felt like I was being watched throughout the whole thing; Delilah’s cabin across the way was a constant reminder. The analogue wavelengths of Henry and Delilah’s radio chatter lope across the cliff faces, ripe for interception. Notepads, too—a means of recording—surface with unnerving regularity in the Shoshone wilds. These are anomalies in the landscape, contemporary human remains at odds with the deep history of the place.

These artefacts, along with the story, ensure you have a reason to keep hiking those mountain trail paths. I was worried Firewatch might slip into a bland veneration of the American landscape, or never move beyond its cabin-porn imagery, but thankfully this is not the case. It’s gorgeous, sure. You will, as I did, stop and gaze at the natural beauty of the place—the burnt out haze of the evening sun, and those shimmering night skies. These are already available to you, though, in the copious screenshots and playthroughs of the game that already exists. The real joy lies in the dark secrets those mountains and forests hold.

I’m going back for more Firewatch now, but it’s the eeriness that keeps me there, not the beauty.

Firewatch comes out for PC and PlayStation 4 on February 9th. Find out more on its website.