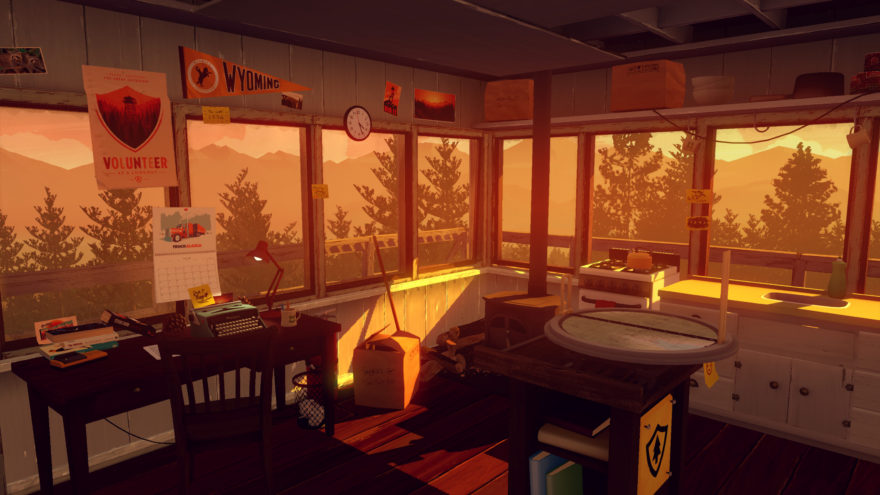 Well, here’s something. This year’s first-person mystery-adventure game Firewatch is being turned into a movie. For real.

According to The Hollywood Reporter, independent production company Good Universe has teamed up with Campo Santo to develop content for both videogames and feature films. The film adaptation will be their first project together but it sounds like there will be more on the way.

not exactly a prime candidate for adaptation

This is a pretty big deal, and not just because we’re very into Firewatch, but because it’s Campo Santo’s first and so far only title. It’s quite a surprise, really, but Firewatch does star the voice talent of The Walking Dead‘s Cissy Jones and Mad Men‘s Rich Sommer, so perhaps its connection to the film production world isn’t as tenuous as it may first appear.

For those who don’t know, Firewatch follows a fire lookout named Henry, who wanders the Wyoming wilderness investigating strange occurrences. His only means of communication with the rest of the world is via walkie-talkie with Delilah, his supervisor.

How Firewatch will be adapted to the big screen remains to be seen. But it’ll be interesting to see, especially as the majority of the game is spent with Henry, alone with his thoughts—not exactly a prime candidate for adaptation. Good Universe has form, though, with credits including Snowpiercer (2013), Bad Neighbors (2014), and er … My Big Fat Greek Wedding 2.

It seems that Campo Santo founder Sean Vanaman has a lot of faith in the company, too. “When we met Good Universe we were floored by how they recognize, cultivate and produce incredible stories,” Vanaman said. “It’s rare you meet another group that shares so many of your values and makes the process of creating things even more exciting. We can’t wait to see what we make together.”

You can find out more about Firewatch and find ways to purchase it over on its website.