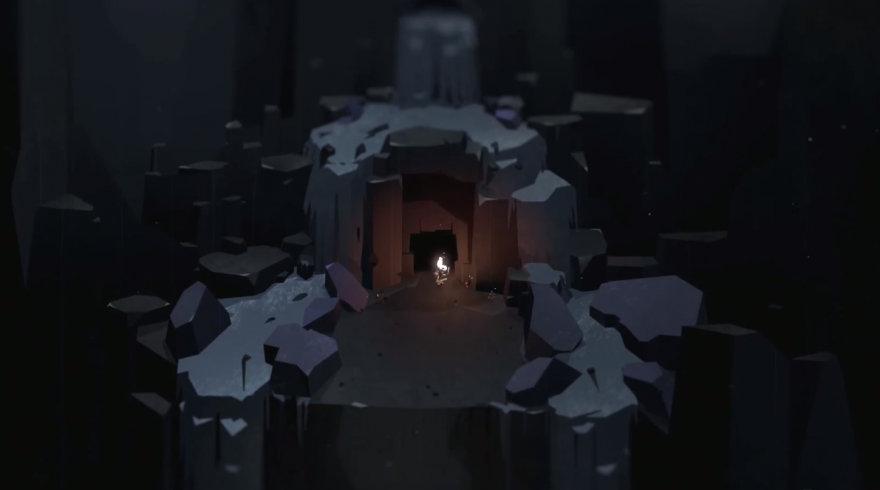 Exploring the depths of a cavernous island, a tiny warrior rigorously battles their way through the unknown, struggling against a stream of enemies. The story of a small hero up against a dark scary world isn’t a new concept, but it’s a powerful one. In Below, this concept is put into practice, and the promise of the adventure of a lifetime is dripping in the atmosphere created by dark colors and wide shots of the world around the character, reduced to a pinpoint of light against the vast backdrop.

Below is a roguelike adventure title, where exploration and survival go hand-in-hand, as the player braces themselves against difficult combat instances and the threat of permanent death. This week, IGN released the first 18 minutes of the game, which sets the mood with the sound of dripping water and the echoing rustle of footsteps as the protagonist traverses the darkness.

Journeying through dark and sparkling caves illuminated with little more than a torch and the occasional flicker of a firefly, the player maneuvers through rows of enemies in randomly generated pathways. As you enter rooms and begin your trek towards the path, the camera pans back to expose a huge expanse of darkness before you, ripe for the taking. The character seems smaller than ever, even in the emptiest of rooms.

In one room, there’s nothing but a sliver of a rocky path, hanging above a black pond; in another, red, glowing bug-like creatures swarm at you as you battle near a waterfall. The world, despite being randomly generated, feels rich and endless with a story of its own. Drawings and markings occasionally litter the cave walls you walk past, while lit candles placed by some unknown figure give the environment an air of some secret legendary lore behind every dark corner. Be sure to check out the rest of the video, featuring in-game combat, crafting and collecting mechanics.

You can learn more about Below on the game’s website, here.