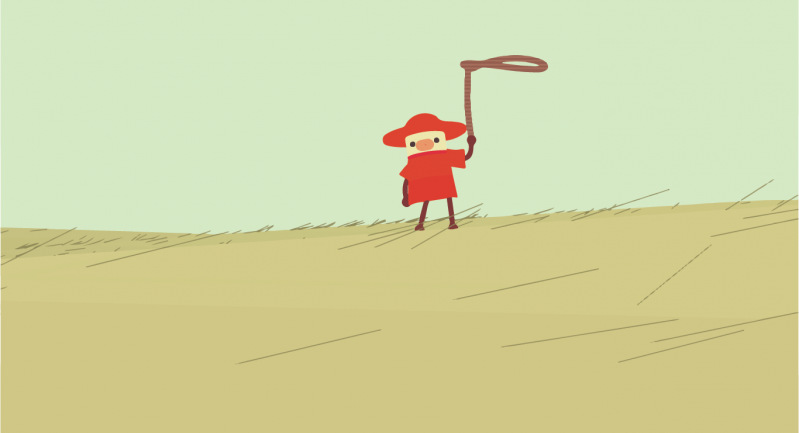 Five games from Fantastic Fest’s Fantastic Arcade are available as part of a fantastic bundle on itch.io: Nium, Alphabet, Inspector Woof, F2oggy, and Lassos. All proceeds from the Fantastic Arcade bundle will go to the next Fantastic Arcade, in efforts to bring more independent game makers to the show floor.

If you’re in Austin, Texas, you can play these games—and others, like Everything, Islands, and Sacramento—at Fantastic Fest’s Fantastic Arcade, which opened Monday. It’s free and open to the public, too, but only running until Thursday, September 29. The games there are playable on beautiful custom arcade cabinets.

Here’s a rundown of the games:

Katamari Damacy‘s (2004) Keita Takahaski and Canabalt’s (2009) Adam Saltsman are behind Alphabet—the cute alphabet obstacle platformer that makes use of every letter key on players’ keyboards. Plus, the game’s song is really cute. Alphabet was originally part of the LA Game Space’s Experimental Game Pack.

A procedural generated mystery adventure game set in a high school full of vegetables, Inspector Woof in The Veggie Highschool is game where players have to seek out students’ terrible, terrible secrets. And there’s lot of them. And you’re a dog. Thanks, Klondike.

Independent Games Festival winner Nathalie Lawhead has a new frog combat simulator called F2oggy (Only One Survives!). It looks chaotic, with tons of frog annihilation action. Frogs in F2oggy must battle to the death on a small island in a sea of lava.

Lassos, a game for the Texan in all of us. “Throw lassos, get money,” they say. The lo-fi game by Sokpop Collective is similar in art style to their other games, like Tom van den Boogaart’s Digital Bird Playground.

All five games are available as part of the Fantastic Arcade Bundle for $15 on itch.io.