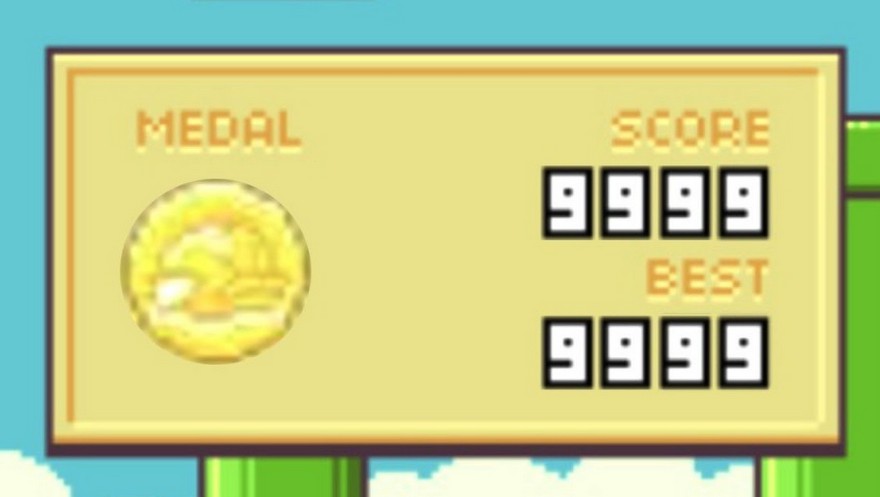 The Great Flappy Bird Fiasco of 2014 may well be the singular example for how we play in the Tablet Age. The swift rise, takeover, fall, and re-birth of the simple mobile game suggests a new kind of social game is set to replace the common formula mined so heavily by match-three puzzlers like Candy Crush Saga or town-builders like Clash of Clans. Dong Nguyen’s Flappy Bird was the first Accidental Social Game to suffocate our attentions this year. And it’s only the beginning.

Nguyen’s well-documented flying game has zero of the traditional hooks that Saga, Clans, or Facebook games like FarmVille used to inculcate your legion of social media friends and followers into playing along. As our tablets go with us, so do our games, and such proximity allows for an endless back-and-forth. Zynga’s Words with Friends is another prototypical social game that hinges on that interaction; one-player Scrabble, after all, isn’t much fun.

Flappy Bird breached the noise that shelters us in a din of our own making.

But Flappy Bird became a social phenomenon due to something else entirely. The exact recipe is unique to this moment in time: some mix of word-of-mouth, communal longing, constant connectivity, and dumb luck. The latter’s been with us forever. So has the need to share with others. But now our voices are amplified by those 4G megaphones tucked in our messenger bags. Through platforms such as Twitter and sites such as BuzzFeed, Flappy Bird gathered an impossible momentum and somehow breached the noise that shelters us in a din of our own making.

Joseph Bernstein is a staff writer for BuzzFeed (and former Kill Screen editor) and an early observer of the Flappy phenomenon. After registering initial shock at such a simple game topping the charts, his boiled-down review—“It’s terrible and crappy and soulless, but also wonderful and addictive and funny … hideous and pixelated but nostalgic and beautiful”—speaks to how wide-ranging the appeal for this surprise martyr could be. It was both the Lowest Common Denominator and an incredibly specific experience: an exclusive club for everybody. And we all wanted to belong.

“People using Facebook and Twitter started talking about [the game] constantly,” Bernstein explained via email, “ which caused the media itself to write about [it], which drives even more social media exposure, and so on. It’s a powerful feedback loop.”

Fads and trends have always relied on this push-and-pull; the more we hear about something, the more we tell others, and the chain continues. But now we’re in the age of the SuperFad: The tools provided for this kind of teeter-totter communication have never been so strong. The tiniest chirp, amplified by a million retweets, emits with the drone of locusts.

That Nguyen took the game off the marketplace after its swell of popularity is evidence for the mistaken value placed in the game. It was simply not meant to be this good. Nor was it meant for such heightened attention. Ian Bogost, game researcher and professor at Georgia Tech University, likened the app to something forgotten and broken in his column for The Atlantic. “It is a game that is indifferent,” Bogost writes, “like an iron gate rusted shut.”

Maybe that’s how a social game must truly become social: by appearing not to care. Massive media conglomerates spend millions trying to create a viral hit; nearly all fail.  We crave what we can’t have. By being, in fact, anti-social, this new genre of game can travel that feedback loop by the default curiosity of millions. We pine for old loves, forgetting nasty habits. We magnify those who wish to stay small. Our tablet screens are microscope and petrie dish, both. Our mobile device contains all that we need: it is research lab, peer-reviewed journal, postal service, and mailbox, all at once.

I only downloaded Flappy Bird once I learned it would be taken off the App Store. A friend of mine, who rarely plays games, did the same exact thing. The same compulsion drove hordes to snack aisles across the country when Hostess announced they would discontinue Twinkies. The famed snack cake was a known quantity; suddenly, it was endangered. People wanted it now, even though they could have had it all along. Flappy Bird first released in the summer of 2013. Six months later it was an overnight sensation.

Economics works from a similar sense of malleable value: if supply goes down, demand will go up (in principle). But digital media creates a false sense of permanence. A boxed copy can be sold out; a downloadable game can always be downloaded. Those same invisible threads that connect my friends and I to trade pithy remarks via Twitter or hasty sketches in Draw Something (2012’s “accidental social game” de rigueur) can be snipped. And when they are, what was once a community reverts to the natural default: isolation. No wonder we want to play what everyone else is playing. It’s lonely to flap by ourselves.