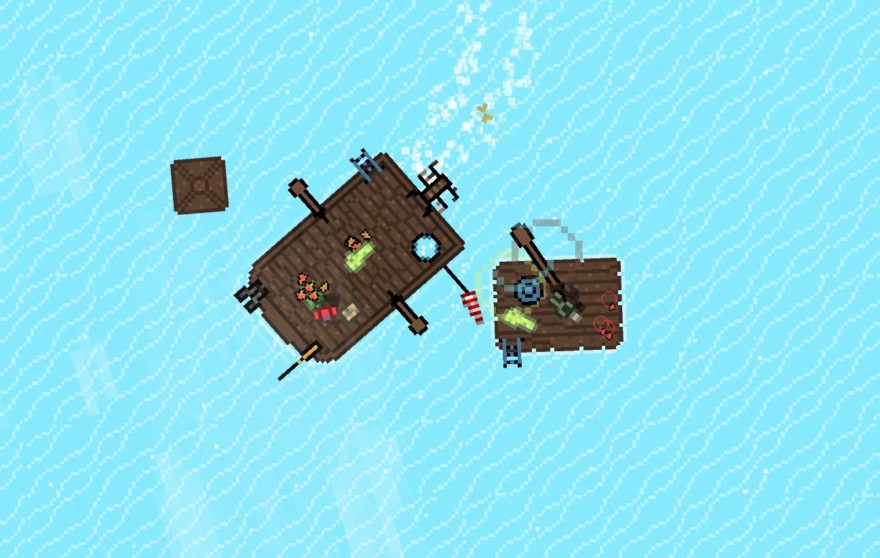 “Making Soul Searching has been a way for me to make sense of what’s happening,” Turkish game maker Talha Kaya told me. He’s talking about his latest videogame, his biggest to date, which explores the theme of leaving your homeland and parents behind—a journey that’s inspired by the real-life drama of Kaya’s personal life.

As Kaya described it, the situation in Turkey has been getting more and more depressing over the past 10 years. He told me that the nation is fighting with itself and, not so dissimilar to the perceived future of America, has a government that empowers the bad side of religion and nationalism. “Turkey is actively participating in more than one war right now. There has been huge terrorist bombings by multiple terrorist groups including ISIS,” Kaya said. “So, living in Turkey is depressing. I’m from a generation that were lucky enough to get good education in Turkey, and see what Turkey could have been but hasn’t, so wanted to leave the country.”


Six months ago, Kaya, his brother, and their wives were able to leave Turkey and move to Barcelona due to getting jobs there. They plan to stay there for at least another three years as, after doing so, they are able to pay the Turkish government some money to avoid doing the mandatory military service for Turkish men. “We want to avoid military service mostly because it’s a huge waste of time, but also because it’s a very depressing place for creative people,” Kaya told me. “And in three to five years, if we surpass our military service, we can move back to Turkey whenever we want and see our parents as we please.”

“Don’t you feel vulnerable when that whale jumps up?”

The main character in Soul Searching, the game Kaya has been making for the past three years, is on a similar plight. They’ve left their homeland and are sailing across the ocean, fighting to survive against dangerous creatures and hunger, but also dealing with isolation, the search for meaning and direction, as well as depression and suicidal thoughts. All of this is very personal to Kaya who has dealt with and explored these kinds of heavy themes in his previous, smaller games. “There’s a lot of ‘me’ in the game,” he said, “the player is a guest visiting my mental space.”

But Kaya also admits that he’s taken a lot of inspiration from Ursula Le Guin’s Earthsea series and the 2012 survival drama Life of Pi. He actually took the mythology directly from the Earthsea series and used it for his game, including the relationships between humans and dragons, the use of magic, and the philosophy of trying to be a humble human being in the world. The Life of Pi influence on Kaya’s game is more specific, it being the scene with the whale in the movie—”Don’t you feel vulnerable when that whale jumps up? I think it’s amazing,” Kaya said. The imagery of a person stuck on a boat in the middle of an ocean is recreated in Soul Searching to draw attention to the smallness of our individual lives.

Kaya also takes the unreliable narrator in Life of Pi who, at the movie’s end, makes you question whether the events it depicts were real or made up. This is something that Kaya calls a “narrative trick,” of which he has used many in game as a way to make the player question the validity of the human view of the world. “As humans our perspective is very limited. Our eyesight misses a lot of things, and our brain is programmed to see patterns where there is none,” Kaya said. “I think things like religion and other philosophies that help us make sense of this world is a consequence of this limitation we have.”

Throughout Soul Searching, the player will experience the “instant changing of scenes” such as in Thirty Flights of Loving (2012)—an unexpected cut from one place to another—and the subversion of reality as seen in Mulholland Drive (2001), among many other techniques meant to build up a distrust of the narrative. “One of the themes in Soul Searching is our relationship with media, and our immersion, which is easier to talk about when you free yourself from a dependable set narrative,” Kaya said.

Soul Searching is currently up on Steam Greenlight. It is expected to release for PC in 2017. Find out more about Talha Kaya on his website.