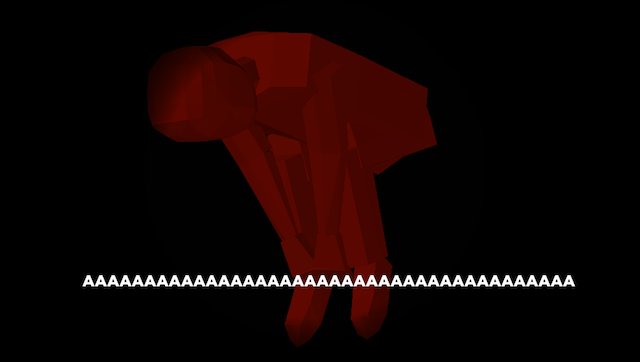 When a guy like John Carmack says that the first-person shooter will never die, it’s pretty much gospel. But FO/CUS by mindful xp is a prime example of how conventions of the shooter can be flipped into something non-categorizable and special. You can play it here.

Made for the 7 Day FPS competition but not finished in time, FO/CUS retools the function of zooming typically seen when using a rifle to snipe an unwitting hooligan in army fatigues. Instead of capping a fool, the player surreally zooms in with a camera lens on itty-bitty pixels, which happen to be microscopic people living in their bedroom.

The game is a one-trick-pony, for sure, but the brilliance in these interactions is that it makes clear the limitless possibilities in games. Every tiny point could hold a small organism with a life and story of its on, instead of the red dot of the laser scope flickering across a vital point. The subversive nature of the game reminds me of SUPERHOT, which, by tweaking a few constructs of the shooter opens an utterly unique possibility space. These games remind us that with games everything is permitted—and that the FPS as we know it is just the starting point.