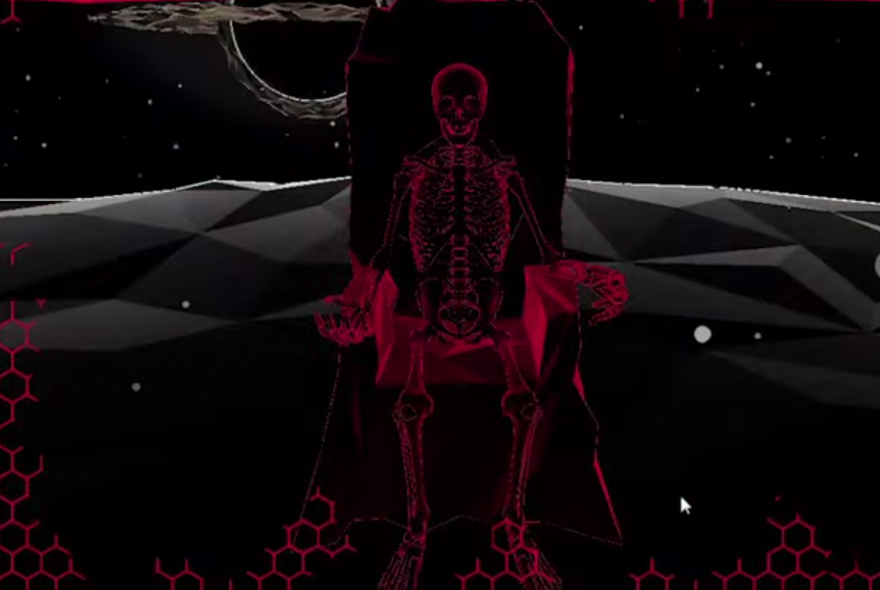 Do you worship at the altar of the microblog?

Think about it. What’s your morning ritual? Reaching for your phone before you brush your teeth? Commenting on a Facebook status during the drive to work? Replying to emails between bites of a breakfast bagel? The trailer of Book of the Dead says it best: “Entertainment dominates our lives. We consume content and it consumes us.”

Silverstring Media, the team behind Book of the Dead, calls the project a digital triptych, a three-part interactive project, on a world in ruins after the collapse of a social network. The first part of the project, “The Viral Dusty Dead Identity Quiz,” is described as “an examination of content marketing and social virality in the context of a fictional franchise,” and is set for release on August 4.

You might remember Silverstring Media as the team behind Glitchhikers, the introspective simulation of a nighttime drive where you pick up hitchhikers and have elliptical conversations. Book of the Dead seems to follow in its aesthetic footsteps, capturing much of the same vividly melancholy atmosphere. Visual elements pop out in crimson or fluorescent purple against a grayscale spacey backdrop. The trailer spares only small glimpses: white eyes and a red skeleton, pink stained-glass windows in what seems to be a black church for the dark gods of social media.

Silverstring Media originally conceived Book of the Dead as “an occult exploration of a dead website,” but altered the game’s focus after being harassed online. “We started designing the concept for Book of the Dead a year ago,” Silverstring designer Claris Cyarron states, “and then GamerGate hit. We—a tiny studio—were inexplicably pegged as shadowy corporate overlords pulling the strings of all gaming journalism. Even so, we escaped the worst of it. Always a double-edged sword, social media took on a more directly sinister aspect as we watched our friends and colleagues get harassed out of the industry and their homes. Book of the Dead‘s design had to adapt to reflect this recent history and, for many, new reality.”

After the arrival of “The Viral Dusty Dead Identity Quiz” next week, look out for part two, “Ruinbook,” a look at what’s left behind of a social network after its demise, and the final installment, “Book of the Dead,” an exploration of those ruins come to life.

You can keep up with the news on Book of the Dead here.