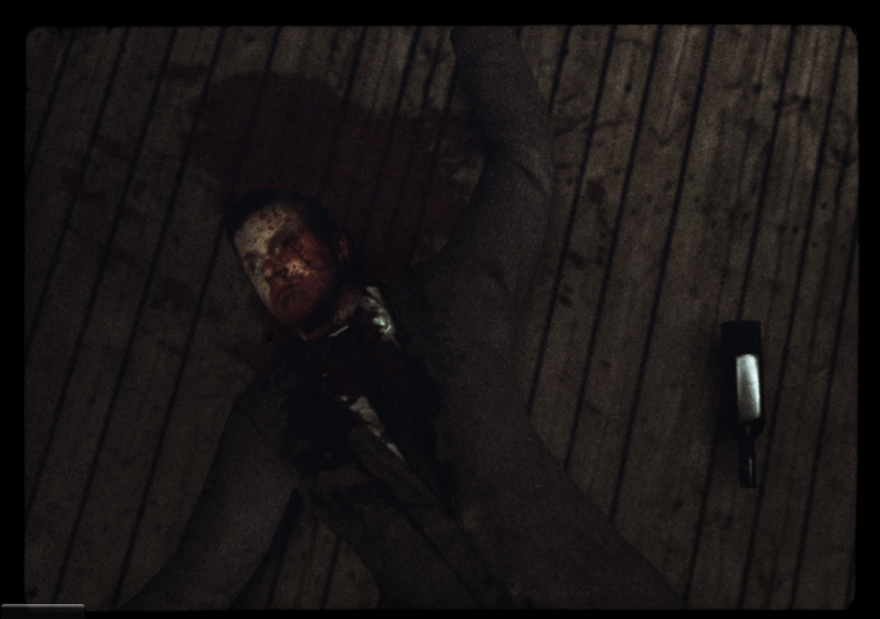 But, according the upcoming crime investigation game Criminel, there’s a lot more to forensic history than CSI lets on. Set in 19th century Paris, the game casts you as a crime scene photographer at a time when both the job and technology were still revolutionary.

“A crime scene photographer is crucial to any investigation,” says Criminel’s lead designer Bojan Brbora, “particularly during this era. Their work keeps the crime ‘fresh’ long after everyone has left the scene and the corpse is in the morgue.” The game’s teaser encapsulates that pioneering power photography carried for investigative work, illustrating a slow zoom over a crime scene kept in eternal suspension.

Bojan explains that the time period felt ideal for a gritty exploration of forensic investigation “because it’s just before the turn of the century: the world has gone through an industrial revolution, but a lot of things are still shrouded in mystery and ignorance.” As a forensic scientist, the player is thrust into the center of the period’s technological advancements. Yet the almost mystical backdrop of 19th century Paris also sets an ideal backdrop for the game’s noire tone, since “it’s a darker, dirtier place than the one we know now.” The relatively new landmark of the Eiffel Tower encapsulated the city’s steady crawl toward modernity, it’s bold and impending design casting eerie shadows on the streets

Paris sets an ideal backdrop for the game’s noire tone, since “it’s a darker, dirtier place than the one we know now.”

Though Criminel predominately focuses on investigative gameplay, the story also takes the occasional turn toward surreal. Taking inspiration from the Hannibal series, the investigator finds himself in a reoccurring dream sequence described as a “a series of corridors relating to pathways in the mind, [as well as] exaggerated scenes from the real world crimes that you witnessed. The feeling should be one of lucid dreaming, as it allows you to tap into a subconscious level which helps in places where forensics can’t.”

In terms of mechanics and visuals, Criminel borrows heavily from L. A. Noire. Aside from using a simplified version of Rockstar’s face-scanning technique, Criminel also focuses on the process of deductive investigation. By utilizing photographs and witness testimony, you accuse perpetrators in a series of different murders. Though the specifics of each case is randomized, they all thread together into the same overarching story.

But Criminel takes place during a time when the evidence was even less reliable than L. A. Noire’s post-WWII era. After learning more about forensic history for the project, Bojan says he felt amazed at just how far we’ve come today. “In the period we’re looking at, fingerprint evidence was still a pipe dream and the discovery of DNA almost half a century away. Yet it’s interesting to see what the pioneers such as Alphonse Bertillon thought was important: measuring the sizes of people’s heads, distances between the eyes and hands and such.” Possibly inspired by the pseudo-scientific theories of eugenics during this period, Bertillon even went as far as to claim people with certain shapes or proportions were more likely to commit crimes — something people believed for decades to come.

Made in partnership with Wellcome Trust Collections, Criminel will premiere in conjunction with the opening of the British charity’s forensic crime exhibit later this week. Though the game began as a labor of love for 4PM Games, Bojan believes an accurate exploration of forensic investigation can help “inform the public on how the process works, what goes on in the mind of an investigator, and provide at least a hint of the complexities in police work.”

Players will find themselves sucked into a thriller of mystery, corruption and, of course, betrayal.

Though the era brings a fresh perspective to the forensic crime drama genre Bojan says “there’s still a lot to relate to, since the police department structure and politics are similar to today, and there’s loads of scandals and corruption at the highest level.” As a newcomer to a brand new forensic police department, players will find themselves sucked into a thriller of mystery, corruption and, of course, betrayal.

You can download Criminel on Thursday, February 26th through the app store on iPad. UK readers can head to the exhibit premiere’s premiere on the same day for an in-person experience.