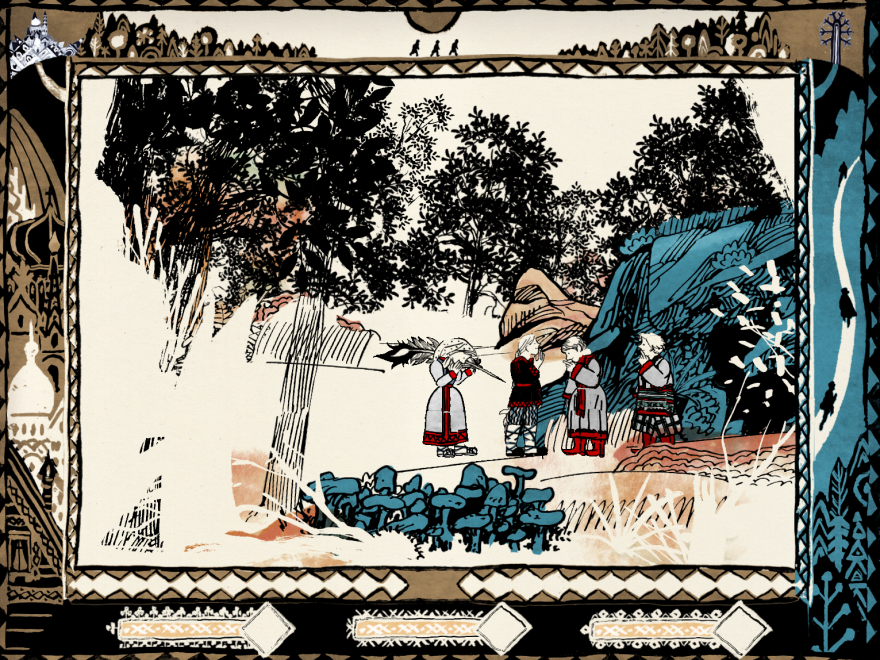 Described as an “experimental storytelling/adventure game inspired by Russian fairytales,” Forest of Sleep is a collaboration by Proteus creator Ed Key, artist Nicolai Troshinsky, and a few others. A few glimpses of its storybook-style art hit Twitter last week, but now there’s a new website revealing more information about the game’s unique take on adventure games.

Besides its art, the big thing about Forest of Sleep is the way it combines story elements to produce what its creators describe as “dynamically improvised short stories.” Since the team at Twisted Tree Games are still speaking about it rather abstractly, it’s not yet super clear what this means: there’s talk of “emergent associations” and “cinematic language” over on its website.

Another interesting element is that the game will feature no text, so not only will things like character expressions and context be key to understanding the course of a story, but Forest of Sleep can likely also be enjoyed no matter what the player’s native language is, free of the need for localization.

Forest of Sleep will follow a basic structure at first, following three children as they journey “between kingdoms and landmarks,” helping strangers along the way. Twisted Tree also mentions a resource management system, which will be there to add rhythm to adventures rather than serve as a “do-or-die mechanic.”

Making up for all the things we don’t know about Forest of Sleep yet are a ton of new screenshots, showing off its Eastern European-inspired art style, influenced by artists like Janusz Stanny, Stepan Zavrel and Yuri Norshtey.

According to its creators, hand-made assets are procedurally placed with code to create the busy, layered scenes on display in many of these shots. Take the one above for example: rolling farmland glimpsed in the spaces between trees, which stand tangled among tall grass, rocks, and cabins in the foreground, while a cast of characters dot the sparsely colored landscape.

Check the screenshots out below or head over to Forest of Sleep’s website for more. 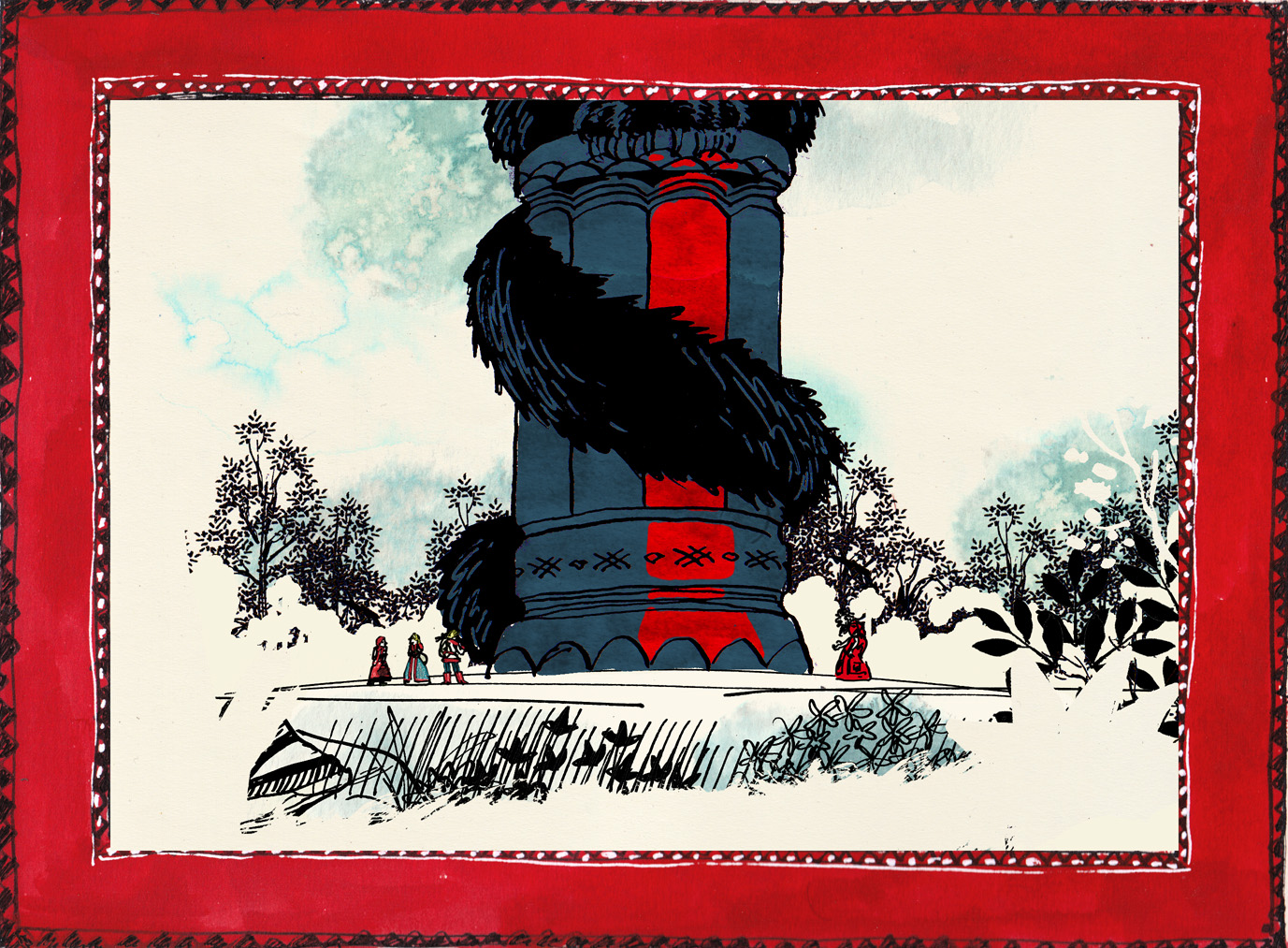 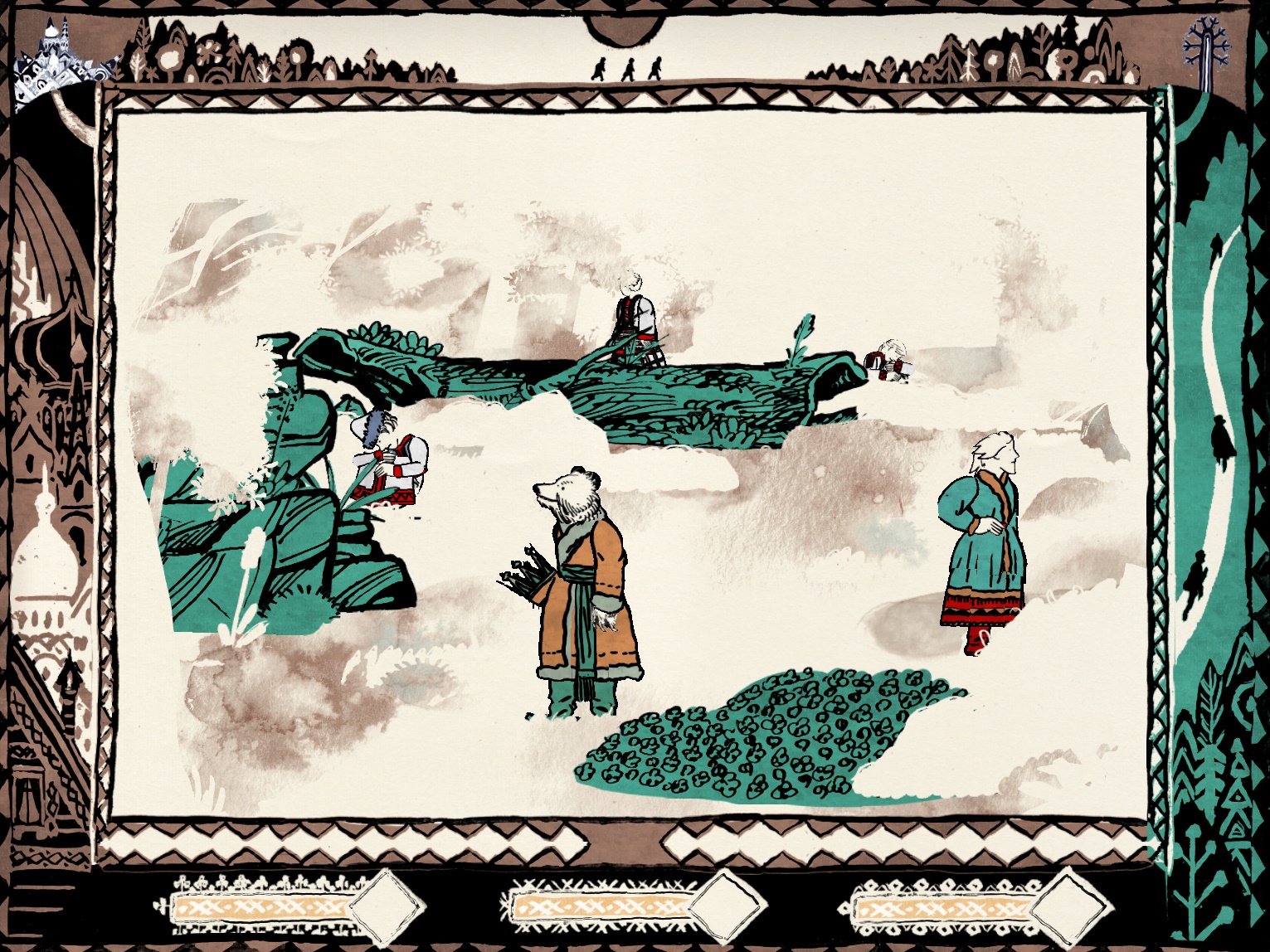