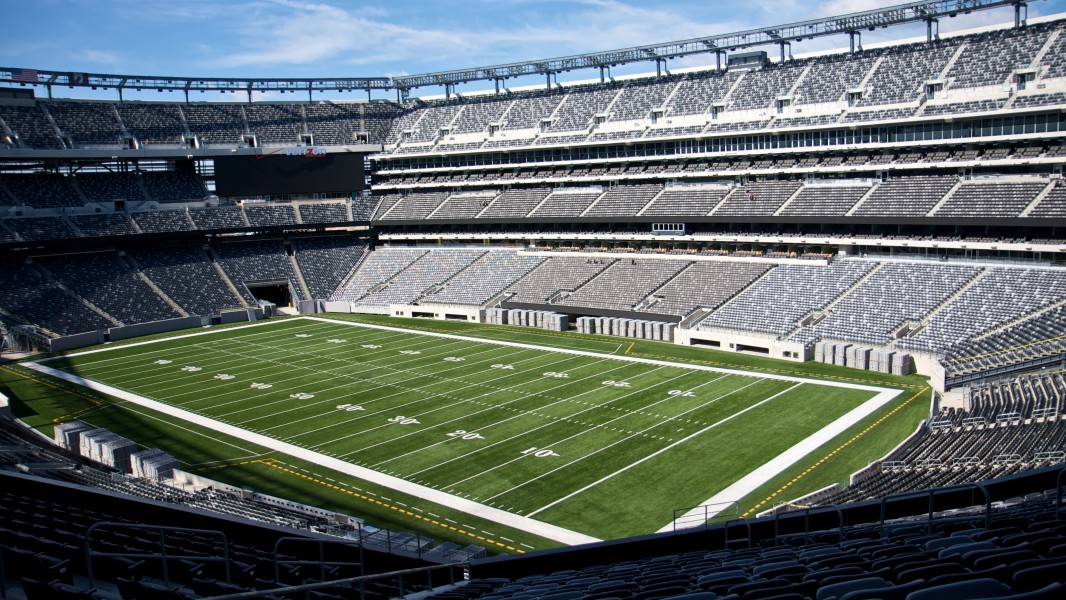 Every year EA and the folks who make Madden simulate the Super Bowl and then people go off and write about it. Well you know what I did instead? I simulated the Super Bowl using Super Smash Brothers Brawl because that is a thing that I did.

Obviously the rules of football don’t translate over 100% between Super Smash Brothers Brawl and the National Football League, but that doesn’t mean that I didn’t make a good faith effort to make things workable. Timing-wise, it was decided that the Super Smash Brothers Bowl would consist of four matches of five minutes each, with the scores aggregated at the end to better simulate the four quarters of a football game. In order to make the venue feel comparable, I decided they should play at Pokemon Stadium 2, especially because the “weather” conditions change and it’s one of the only actual “stadiums” in the game. (Changing weather will be especially important this year, given that the Super Bowl is being held in a cold-weather climate for the first time.) Lastly, I took away a bunch of the items in the game, leaving the combatants only with the Freezie, food, the smash ball, and the soccer ball.

I was tempted to pick Luigi for offense because he has the oblong head-shape of Peyton Manning.

Each team would be represented by two fighters: one symbolizing the offense and one symbolizing the defense. For the Denver Broncos I went with Pokemon Trainer for the offense and ROB for their defense. At first, I was tempted to pick Luigi for offense because he has the oblong head-shape and folksy charm of Peyton Manning, but in the end Pokemon Trainer seemed a better fit because Peyton gets to sit in the background and throw a ball while all of his “weapons” (Eric Decker, Wes Welker, and two Thomases) get beat up. Next, I picked ROB for their defense because Denver’s actual defense is aging and kind of stiff (they ended up 22nd in points, 19th in yards, and 27th in passing yards), but they’re pretty tough up front and ROB, being a large robot, is pretty tough up front.

The Seahawks were easier; I just picked characters that were birds.

There was a little more thought in it than that, to be fair. Falco represents the Seattle offense because, like Marshawn Lynch, he’s a little too cool for school but loaded with sharp attacks and plenty of mobility—much like Lynch and Russell Wilson. When I thought defense I wanted someone big, brash, and strong, so naturally went with Captain Falcon since he’s always challenging people by screaming stuff like “Show me your moves!” as well as less applicable things like “Falcon KICK!”

Anyway, with things all set up I settled on the couch and let the Super Smash Brothers Brawl Bowl begin!

First Quarter: Right out of the gate things are not looking good for the Denver Broncos. Charizard and ROB are soaking up hits left and right. The Seahawks are firing on all cylinders here. With only fifty seconds gone by, Julius Charizard is sent flying out of bounds by Captain Richard Falcon; he tries to recover but he’s too far gone. Wes Squirtle comes in to replace him. Ten seconds later, ROB Bailey goes out, too, the work of Marshawn Falco this time. The Seahawks offense is really giving it to the Broncos D. The stadium has now changed to the factory variant, which I’m just going to imagine is a normal thing to happen now in the NFL.

With 3:32 left in the first quarter the Broncos remain scoreless but they’re refreshed and beginning to get into a rhythm. Suddenly, the Broncos’ D has become the target of a lot of punishment; it’s not looking good for the Denver defense.Trying to go for a KO, Squirtle has dashed off the map and is done, and the stadium has changed to an ice variant, which is a normal thing to be happening this weekend in reality, really. With just a minute remaining, Richard Falcon and ROB Bailey go out at nearly the same time, just as the stage has returned to normal. In the last 30 seconds, ROB finally makes a big stop and takes out Marshawn Falco. End of first quarter. Seahawks lead 4-2.

Second Quarter: A slow start to the second quarter—nothing is really going on in the game, no one is being effective at all. WHOA! ROB Bailey gets blown up with 4 minutes left in the quarter. Wes Squirtle is out too! Eric Ivysaur comes in for Squirtle but ROB isn’t looking great, he’s taking a lot of punishment. Marshawn Falco gets rocked and is KO’ed as ROB drills him before surviving a massive blow from Captain Falcon. There’s no flags, or refs, but whatever move Captain Falcon just did is definitely a 15-yarder. Marshawn Falco is back for revenge, busting up the defense and scoring. The stage has switched to the factory and no sooner Richard Falcon gets blown away by Eric Ivysaur. Falcon isn’t pleased and lays down some heavy blows but to no avail, Eric Ivysaur switches with Julius Charizard and wrecks Falco. With about a minute left the wind has really picked up and ROB and Charizard both go out—the Broncos are really struggling with the changing conditions, as pundits predicted. But with 42 seconds left ROB gets a lucky hit on Captain Falcon. It goes to sudden death and the Broncos take out the Seahawks one-two but the Seahawks still lead, 8-7.

Third Quarter: This time, it’s a defensive battle. All four characters are in close proximity jumping and dodging and avoiding attacking one another. It’s pretty tense: neither team wants to give an inch. Two minutes have gone by and the defensive stand-off continues, both teams stymied and unable to score. 2:18 remains in the quarter and Marshawn Falcon pops ROB seconds before Falco gets toasted by Charizard. 2:10, Marshawn Falco seems unhappy about that and crushes Julius Charizard, same goes for ROB Bailey who makes quick work of Richard Falcon. Things settle back into a defense phase again until both Wes Squirtle (in for Charizard) and ROB both go out. The Seahawks take another one and lead 12-9.

Fourth Quarter: Captain Falcon starts this one out real shaky, taking a lot of damage in the first 40 seconds and not dishing much out. He needs a strong performance if they want to hold out. Four minutes left and the wind has picked up again. At this point I’m secretly rooting for the Broncos because I like a comeback. No KOs but Captain Falcon is over 150 damage at the 3:14 mark. Captain Falcon goes down at 2:41. Could Richard Falcon be proving a liability? A few seconds later Falco goes out to putting the Broncos within 1 KO of sending this thing into OT!

I’m legitimately excited about this. ROB Bailey just went out, stretching the gap back to 2 KOs. Eric Ivysaur survives a mistimed tackle only to be unable to recover, and the Broncos are right where they started. Ice mode commences and both Richard Falcon and Julius Charizard go flying from attacks. Falco joins them a few seconds later, getting popped with 17 seconds remaining. ROB takes a bad hit, tying things up again in the quarter. With the score even in the quarter, the game forces sudden death but it’s all for naught, the Broncos cannot recover, even with a win here. They do defeat both Seahawks but the final score ends 16-15, with the Seahawks winning the Super Smash Bros. Brawl Bowl.