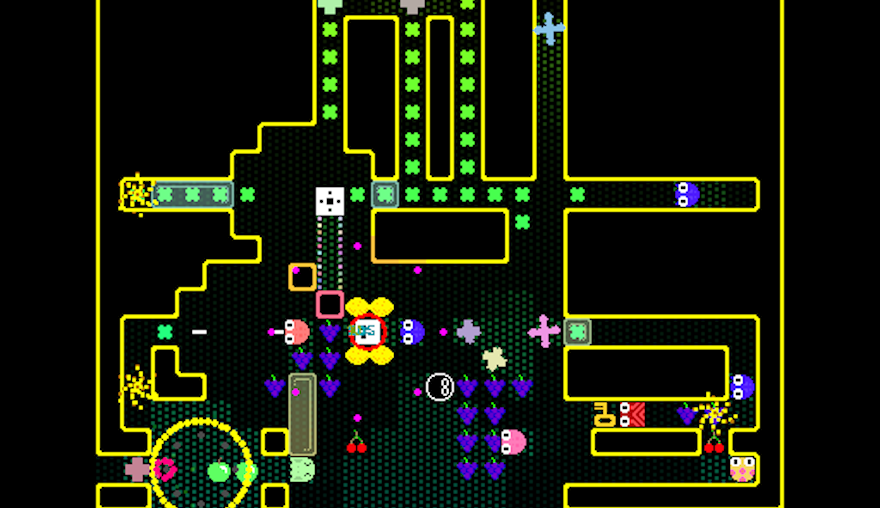 There is a sequel on the distant horizon for Forget-Me-Not, coming to PS Vita, where it can take advantage of that pristine little screen. In case you haven’t been introduced, the first was an iOS favorite from a few years ago—a grind-heavy roguelike disguised as a broken arcade game crawling with twisty, crawly, slimy, square things. I thought it was exquisite. It also made our 2011 High Scores list.

The new game looks pretty similar to the previous, which is a good thing. You look to be eating dots and unlocking doors and avoiding hostile insects as you plunge deeper into randomly drawn labyrinths on a neverending quest for lemons and cupcakes. What made the first great was that it felt like it would glitch out at any moment because there were just so many chaotic processes running on-screen, with centipedes bumping up against each other, and exploding 8-balls, and spinning flowers, and ladybugs running away with your key.

You can get a gist from the below Vine.