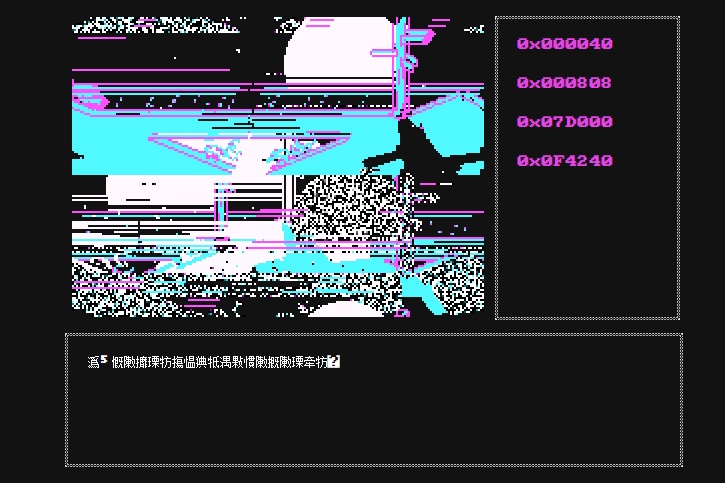 “It’s now safe to turn off your computer.”

Anyone who owned a PC in the ’90s should be familiar with this strange statement. It only appeared once you’d instructed the computer to shut down. But now it also serves as the ending to Sophia Park‘s new Twine game, Forgotten. It’s a fitting closure given that you spend your time inside an old computer with a nearly exhausted hard drive. When you leave you have destroyed the last remnants of a virtual world and the inhabitants that had spent years dwelling within.

That final statement suggests that, after your cleansing (or destructive) act, it’s the first time in a long while that the computer could be considered “safe.” But the conversations you have with the desperate creatures before their eradication should sway your thoughts in other directions. You might not have realized what you were doing at first. Perhaps you tried to be civil and avoided using the “Attack!” command during conversations. Whether you did or didn’t, you can’t ignore the fact that you were referred to as “the reaper.” The computer might be safe when you’re finished but at what cost? The ‘safe spaces’ the computer provided for its previous occupants are all gone now.

“What really appeals to me, across all my work, is the particular kind of horror that comes from creating programmatic analogies to real life experiences,” Park told me. “The automatic operations that go on inside a computer can have real life equivalents … and when they don’t, they’re pretty horrific.” She explained how these analogies work by using her previous game Sonic OC 7 as an example. It has you talking with a ghost child through an obsolete chat system in which they seem to be trapped. As you talk with the child you can try to pry into their life or play along with a Sonic the Hedgehog-based role play. If you try to pry then the chat will break down and loop forever.

“The analogy I was trying to tackle is that the bad sectors on a hard drive—these blocks of space in the hard drive that your operating system has to just skip, until there are so many bad sectors that the hard drive stalls and stalls until it’s inoperable—it sounds a lot like trauma,” Park said. The idea in Sonic OC 7, then, is that the bad sectors on the hard drive are represented by the negative experiences in the ghost child’s life, and so they instantly reject your prying questions and scramble their digital memory when you try to get personal. The only way you can free the child and reach the ending is to fully engage with the Sonic role play.

Forgotten uses a similar analogy to Sonic OC 7. It was fueled by a specific set of questions that Park wanted to explore. They orbit around the idea of NPCs (non-player characters) in videogames gaining sentience and how their thoughts and actions be shaped by the computer’s resources. Here are the questions:

– Given enough loops, or enough time, how long would it take an NPC to become sentient? How old would the game have to be?

– Would that sentience take up RAM, or hard drive space?

– What if being sentient within those confines used up physical resources? What if thought ate up RAM? What if living in that world led you to view the things we do as programmers as actual magic? And what if that magic, in turn, ate up the same RAM you were using to think?

– What if their interactions were literally, absolutely defined within the confines of the game they lived in? What if they had to use up more of their physical resources to create a world without these limits on how they could interact?

Taking all these questions on board, Park imagined what the answers would be, and let that shape the world that you visit when starting up Forgotten. What this means is that the characters left in that world have become sentient (drawn by Arielle Grimes), have been living there for a long time, can only communicate by hurting each other (it’s the “rule” inside the RPG they live in), and have destroyed a lot of the available space by messing around with the code (which they think of as magic called “hex”).

You can pick all this up when playing the game if you follow the conversations closely enough. At one point, one character says to you: “When the others used hex, it ate the world. You could feel a little bit of the world vanish. There is less room for thoughts. The lights dim with the hex.” This is an explanation of how, when the NPCs found code, they used it to accidentally destroy the RAM.

When you arrive, you are taking up what’s left of the available spaces in the system’s memory, which brings about the destruction of the characters—you don’t need to issue an “Attack!” command to kill them off. And so it’s simply through your presence in the game that Forgotten finds its horror. It’s not a horror that puts you in any direct danger but one that comes back to bite you once you realize what you’ve done, even if it was an accident. You’re a monster and you didn’t know it until it was too late.

You can play and download Forgotten over on itch.io.