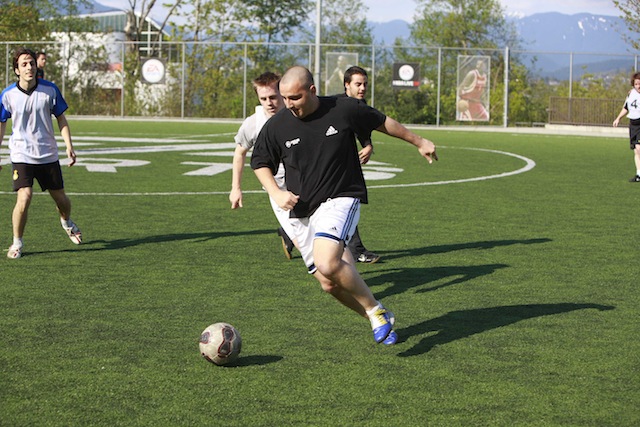 Aaron McHardy knew what tearing an ACL felt like. This was different. This was worse. This was the end.

“When it snapped on the pitch,” McHardy says, “I knew, right away.” Before the injury, the Canadian midfielder was nurturing a career as a European professional. Trials at unheralded clubs like Austria’s SK Sturm Graz showed promise. Then, in a meaningless game back in his native Vancouver, an opponent changed direction. As McHardy turned to follow him, he tore the ligaments that connect the tibia and fibula.

With no corrective surgery available, the only treatment was eight months of inactivity. In the life of a fledgling pro, it might as well have been eight years. McHardy’s lifelong dream – to play soccer for money – was over.

McHardy had a backup plan. Vancouver is home to Electronic Arts Canada, which produces the wildly popular FIFA Soccer franchise (FIFA 2013 comes out Tuesday). Modern sports games rely on motion capture to produce realistic player animations, and they need a constant supply of players to perform the passes, shots, and dribbles that eventually appear on-screen.

Recommended by a former teammate who worked for EA as an engineer, McHardy was hired while still a college player. He donned a skin-tight lycra suit covered in reflective balls and executed complicated step-overs and tricks on camera for the company’s flair-focused FIFA Street title.

On the field, he excelled at using his creativity on the ball. It was only natural that his work in game design would support a similar approach.

The producers and animators working on the game were immediately impressed. In contrast to other players, who did what they were told, collected the paycheck, and moved on, McHardy showed real interest in how the process worked.

“I had a pretty quick understanding of what they were trying to achieve,” he explains. The motion capture sesssions often required a move to be repeated over and over, each time from a slightly different angle. McHardy was happy to comply.

The more he learned about the art and science of motion capture, the more it appealed to him. “I was an avid gamer growing up,” McHardy says. “It was never too far from my mind, when I was in those motion capture sessions, that this was something I might like to do.”

He even offered his own suggestions: “In those discussions I was having with the producers, I pitched them on an idea for how they could control some of the skill moves in FIFA Street. It ended up being the foundation for how I ended up implementing skill moves in FIFA 08, when I joined the production team.”

Before he could bring his vision of triple elasticos and roulettes to life in-game, McHardy worked his way up through the ranks. He followed a three-month stint in quality assurance with a job he coveted in production. There, he delved into the minute details of gameplay under the tutelage of FIFA engineer Gary Paterson, the man who is widely credited with the franchise’s recent ascendancy over rival series Pro Evolution Soccer. 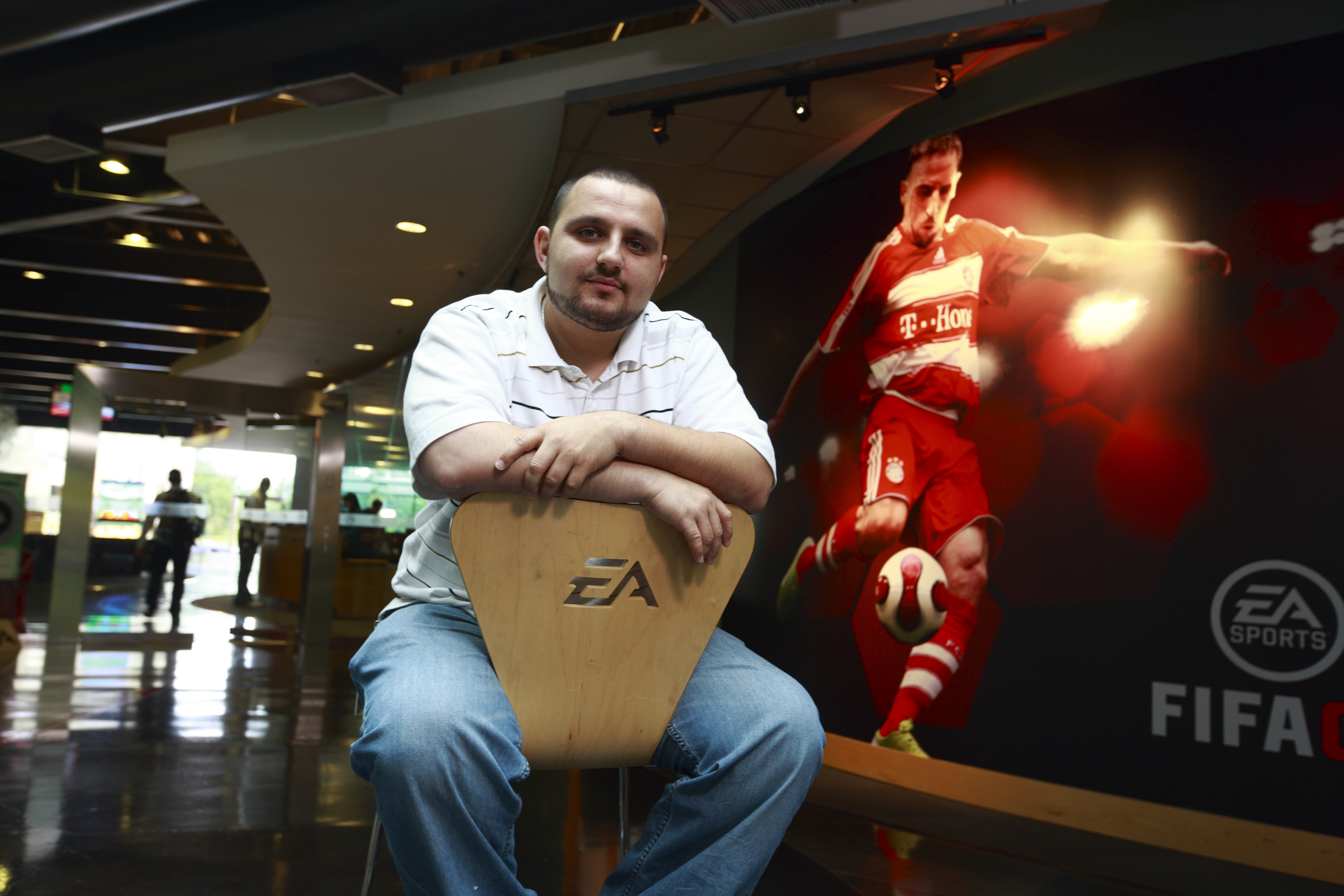 With no background in game design, McHardy signed up for a single semester of programming – a Computer Science 101 class that represents the sum total of his formal training. His experience on the pitch proved far more important. Even in his current role as “Senior Gameplay Producer,” which puts him in charge, in McHardy’s words, “of designing how all the players behave – for their intelligence, for their actions,” he draws on his history as a player every day.

Take the “Player Impact Engine,” a feature first included in FIFA 12 that uses physics technology to realistically model what happens when two players collide. When McHardy describes the process of designing it, it sounds absurd: “It’s a lot of playing the game and saying ‘this player didn’t fall down. Why didn’t he fall down?’”

Answering that question involves traditional game design tools like programming and math, but it also relies on McHardy’s personal recollections. “Recognizing those issues and why they don’t look right in the first place often comes from memory — being in those situations myself and knowing how I’ve reacted in those situations.”

McHardy concedes that he likely has a particularly good memory for soccer experiences, but insists that the design process requires something more: “It’s partly memory, but it’s also instinct. Somebody comes at me and slide tackles me from the side and takes out both my legs. I know exactly what happens: I fall to the ground.” The process of design, he explains, “is trying to go back and understand exactly what was happening in my brain the whole time.”

McHardy’s success as a FIFA producer is partially based on his ability to understand “why” – to take athletic instinct and turn it into game design: “It’s a new skill that I’ve learned on this job: how to take something that seems so inherent and so obvious and break it down into the rules and the reason why it happens.”

Before his injury, McHardy played as a “creative midfielder,” also known as a “playmaker” or simply a “number 10.” A creative midfielder is expected to constantly look for the ball, using his soccer brain’s creativity to control the flow of the game and fashion the passes that lead to goal-scoring opportunities. In a way, the position resembles the role of the player in a game of FIFA, who is afforded infinite control over the way his or her players move, pass, and build attacks.

On the field, McHardy excelled at “reading the game, keeping the flow going, using my creativity on the ball, and passing” — the kind of intricate interchange that earns soccer the moniker “the beautiful game.” It was only natural that his work in game design would support a similar approach. “When I watch people play FIFA, I know that everybody tries to play like Barcelona,” McHardy explains, citing a team known for its hypnotic, endlessly creative passing. “They want to play that beautiful game.”

To create that feeling for the player, McHardy led design on a new system that overhauled the game’s AI. In past versions of FIFA, computer-controlled players could only react to the human-controlled player with the ball. In FIFA 13, players can now think one or two plays ahead, moving automatically to provide passing options for players who are yet to receive the ball.

No matter how much McHardy and his colleagues hone their game, however, there’s something more to add. “I’m always watching the real world for things we can’t do in our game,” he explains. “We come in on Monday morning and 10 people send out an e-mail: ‘did you see this on the weekend. We need to break down what’s going on here because we need this in the game. It’s frustrating in a good way. It does feel like the game is never complete.”