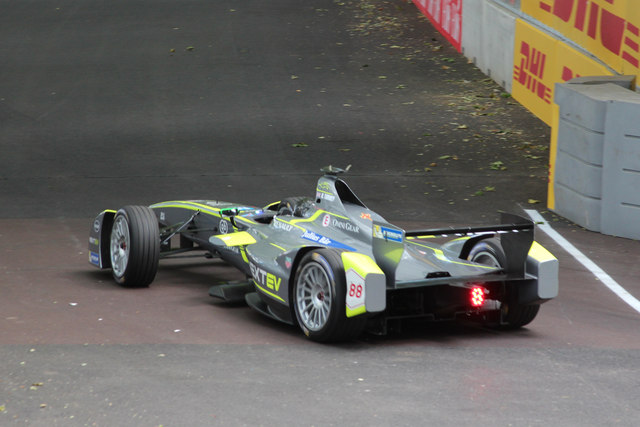 One of the charms of NASCAR, SB Nation word wizard Spencer Hall once argued, is that “You are watching for a non-fatal but spectacular crash.” Crashes are fun—and flammable—which is great up until the point you start to care about people. Therein lies the problem with racing. The distribution of interesting events is bipolar: either the humans tethered to machines do something brilliant or are on the verge of death. The baseline competence that would normally fill out the meaty part of a bell curve, while far more impressive than anything you could do, is fundamentally boring.


Fret not; Formula E is here to save the day—if by day, you mean the promise of entertainment with a minimum of human casualties. Starting next year, Wired reports, “ the series will see completely autonomous electric cars compete in one-hour races designed to test artificial intelligence.” The cars, which are currently in development, are supposed to reach close to 300km/h. As for what else they might do, the point of the exercise is to figure that out.

It is not just offline Rocket League (sadly)

This sort of racing, bonkers as it may occasionally seem, has practical value. It is not just offline Rocket League (sadly). Formula E CEO Alejandro Agag told Wired that Google, Uber, Continental, and Bosh were some of the companies he could see getting into this form of racing. Fair enough. As Clive Thompson noted in a September New York Times Magazine feature, Uber and Google are already engaged in a sort of race when it comes to self-driving cars, scooping up talent left right and centre in the hopes of getting a better product out sooner.


Formula E’s new series promises to be a more entertaining version of this metaphorical race, with some fun literal racing added to the mix. Moreover, because all of the technology is newfangled, the distribution of events should be more entertainingly bipolar. Failure is fun, achievement is fun and, just for now, baseline competence for driverless cars should be fun enough because it doubles as achievement. At some point, the excitement of baseline competence will fade as with the basic problem of NASCAR and Formula 1. But at least we’ll then have driverless cars?

That leaves us with one big question: How on earth will racing games adapt to the irrelevance of drivers.