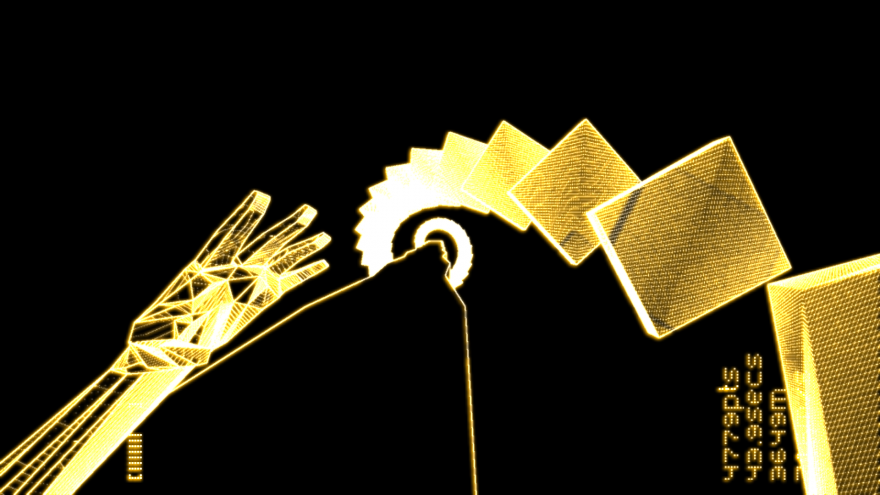 Hyper-minimalist runner Fotonica is coming to iOS this Thursday. Developed by Italian design duo Pietro Riva and Nicolo Tedeschi, know together as Santa Ragione, Fotonica is not your average runner game. Pulling deep from their art and design backgrounds, Fotonica is a wireframe, minimal, trippy, that feels like leaping across the sidewalk in a techno nightmare. And then it gets even bolder.

The iOS version of Fotonica will feature new levels, gameplay modes, and options. Also new to the mobile version is the inclusion of two original tracks by electronica artist BAIYON, known to some as the composer for PixelJunk Eden. As it stands, the music in Fotonica already evokes the best sounds from Daft Punk’s work on the Tron: Legacy soundtrack, as well as the snarling immediacy of Trent Reznor.

Thus, Fotonica’s arrival for iOS comes as a breath of (digital) fresh air. Especially when you consider how often people walk around staring down at their phones. Now they can do so while leaping around through the beautiful wireframes that Santa Ragione have given us.

Fotonica will be released as a Universal App for iPhone and iPad with an Android version coming at an unannounced date.